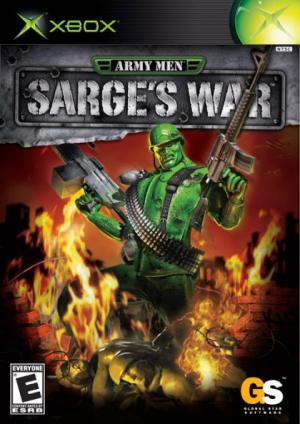 Army Men: Sarge's War is a 2004 game in the Army Men video game series. It was initially developed by series creator The 3DO Company but after that company's bankruptcy was purchased and completed by Global Star Software. The game is more mature and darker than earlier games in the series. Sarge makes no comical moves, holes are blown into soldiers, and the weapons are also made of metal.