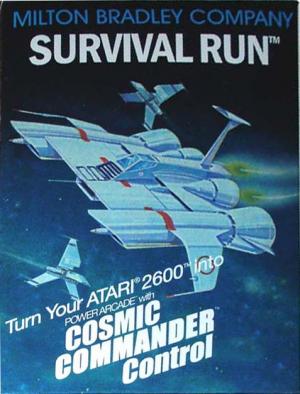 Powerful aliens have assembled an awesome strike force to destroy Earth. Grab the controls of you starfighter and attack the enemy fortress, lying deep inside a distant planet. Fly through the maze of subterranean caverns at hyperspeed, following your onboard computer map for navigation. Fire your photon torpedoes to zap enemy force fields and marauding alien guards as you race toward the ultimate showdown against the Alien Master in his command ship.