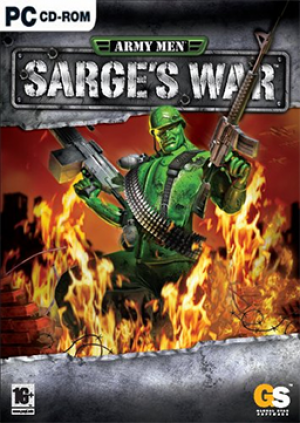 The game begins with an attack on Greentown by the Tan army and Sarge battling through the war-torn city to save it. After the battle, Sarge is informed by Colonel Grimm that the Tan Army has surrendered and that there will be a peace ceremony later that night, but that a rogue Tan division - Operation "Vengeance" - led by Lord Malice has stolen some infantry molds and can now build an army. Sarge's mission is to find and capture Malice, recover the stolen molds, and locate a missing recon squad that hadn't returned from their mission