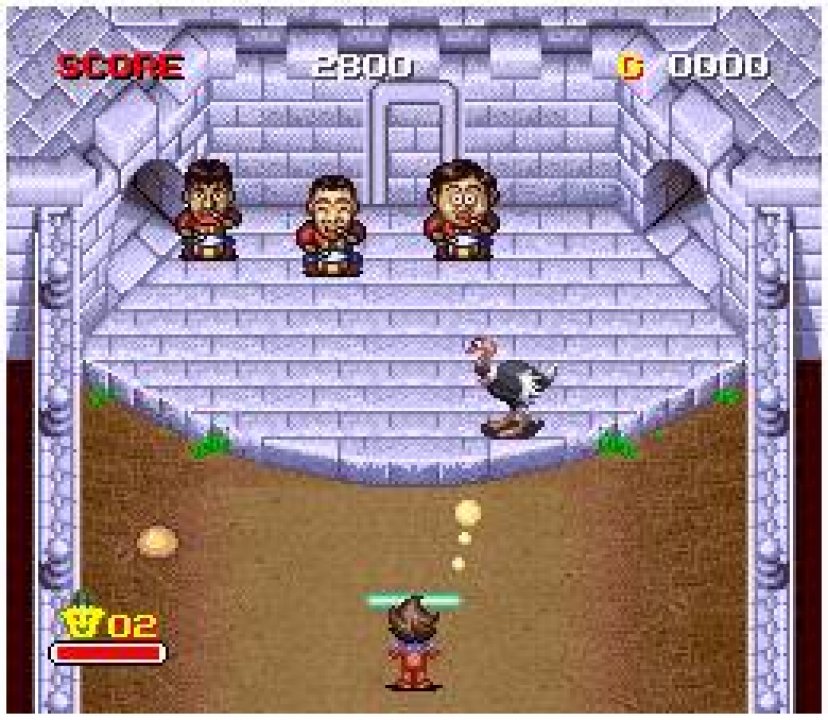 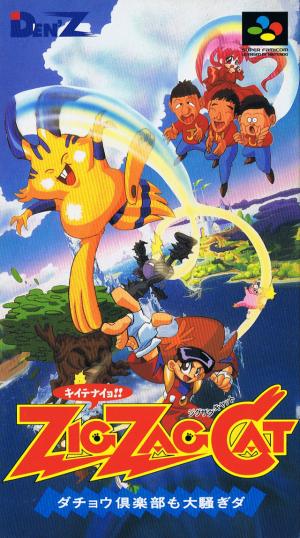 Zig Zag Cat (also known as Zig Zag Cat: Ostrich Club mo Oosawagi da) is a puzzle-action game from Opera House and Den'Z featuring a young hero and his shapeshifting cat. The gameplay is a mixture of a vertical-scrolling shoot 'em up and Breakout. The player can collect money, which unlocks various bonuses, as well as Arkanoid-style power-ups that include a fireball that will go straight through blocks instead of being deflected. They can also send the bat forward a short distance, which helps to collect items, defeat enemies and hit the ball. The game was released exclusively in Japan for the Super Famicom in 1994. 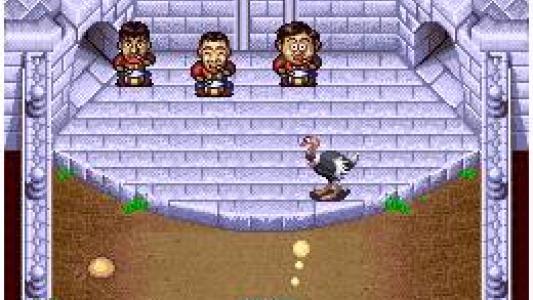