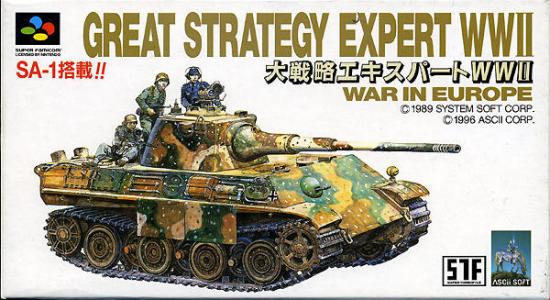 Daisenryaku Expert WWII: War in Europe (大戦略エキスパートWWⅡ, "Great Strategy Expert WWII") is a Super Famicom game that takes place during World War II at either the Eastern Front or the Western Front. There is a scenario mode and a campaign mode. The player usually controls the Third Reich as a default but it can be changed prior to the game. It is a Strategy game, developed by SystemSoft and published by ASCII Entertainment, which was released in Japan in 1996.