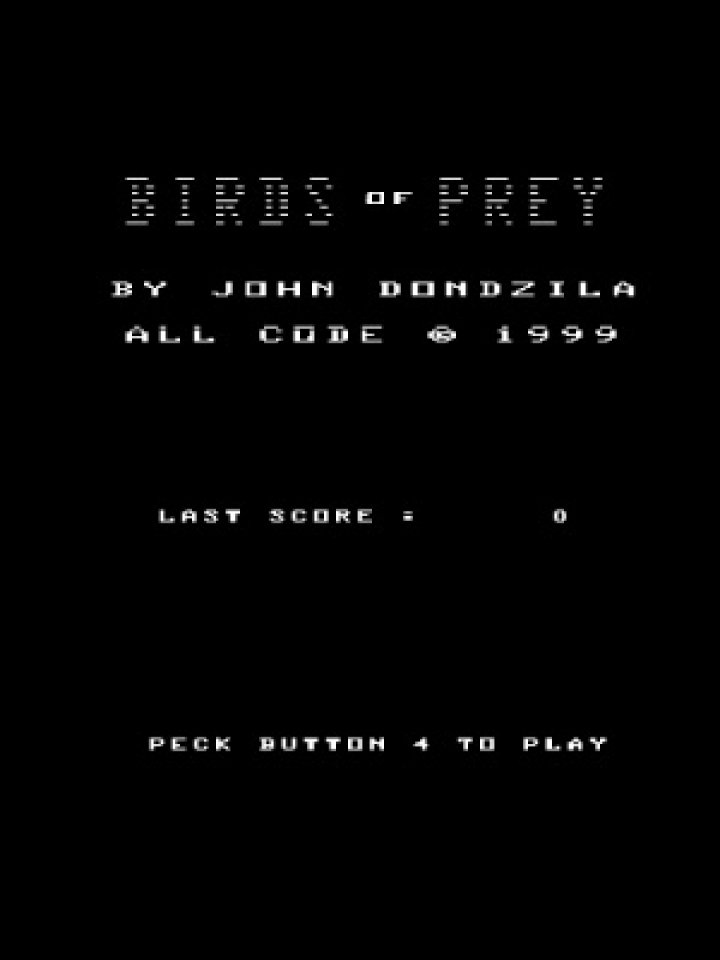 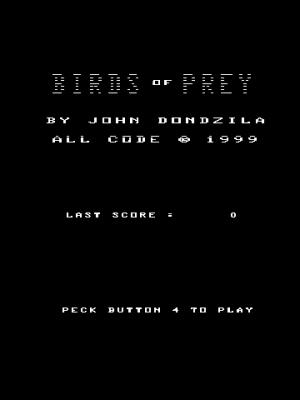 From http://botss.wikia.com/wiki/Birds_of_Prey. Birds of Prey is a clone of the arcade game Phoenix, which was included on the Vecmania cartridge (or ROM to be played on a Vectrex emulator). The cartridge also includes the fellow bottom of the screen shooters of Vector Vaders 2 The Director’s Cut, along with clones of other arcade games of Tempest, Star Wars, Missile Command, Eliminator, Breakout, Discs Of Tron, and Asteroids. The games can be scrolled through at the main menu by moving the joystick or D-pad left and right and then chosen by pressing up on the joystick or D-pad. The main menu can be returned to by pressing three on the controller when the player is on an individual game's title screen (except for the demos). Birds of Prey Being a clone of Phoenix, the player shoots at an assortment of birds. A shield is used for protection from attacks and can kill a bird upon contact as well. The player can still shoot but not move, and they cannot use the shield again for a few seconds afterwards. Getting rammed by a bird or their fire will destroy the player's blaster and the game ends once the player has no more reserve blasters. However, an extra blaster is awarded at 10,000 points. During the first level, the birds dive bomb the player. The second level is identical to the first except the player can shoot two shots at once. Levels three and four feature much larger birds that can only be shot if hit right in the middle, and the last level features the first level birds along with a mother ship that must have it's middle belt damaged enough so the player can shoot and destroy the ship itself. Once the mother ship is destroyed, the game starts over again but at a higher difficulty. Controls: Start game--button four Move left and right--buttons one and two Fire--button four Shields--button three Bug: There is a slight graphics bug where sometimes if a bird from the third or fourth level is shot right next to a screen edge, its explosion will emerge on the other side of the screen. 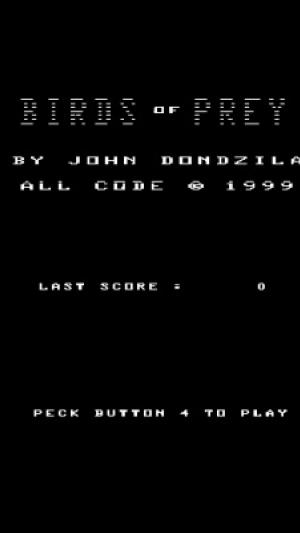