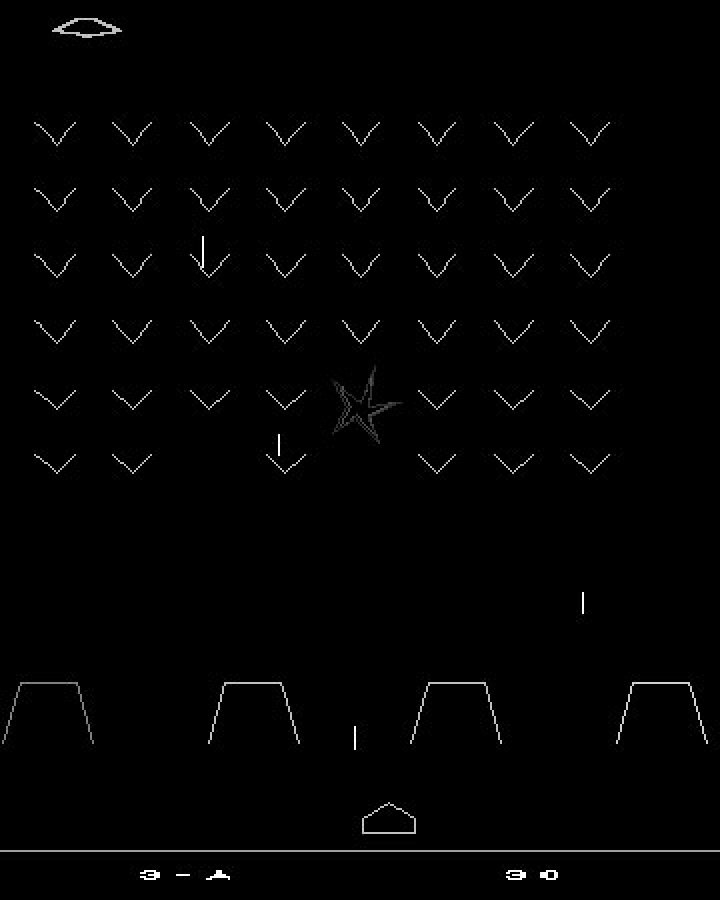 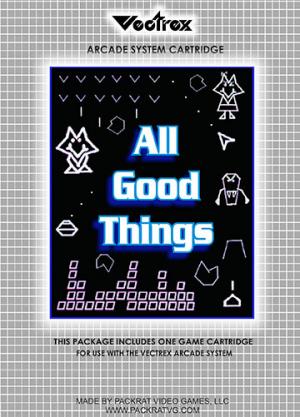 Also know as: All Good Things by John Dondzila

From Packrat Video Games. All Good Things, was the world´s first 16K Vectrex cartridge, created by John Dondzila. Compiled together were four great games on the one cartridge. The games are: - More Invaders - Rockaroids - Vectris - Spike´s Water Balloons Plus there is a secret bonus game too! Rockaroids is the name for this Asteroids clone. This is the feature game in the release and sports all the features of the "Asteroids" type games. More Invaders! is the sequel to Vector Vaders. It's how John wanted VV to look originally, but due to his lack of Vectrex programming experience at the time, couldn't make it so. More Invaders! has practically no screen flicker and plays very fast (compared to its predecessor), and has some enhanced features, such as splitting Invaders, trick saucers and special bonuses! Vectris is your typical blocks and lines type puzzle game. The game is complete however, it does suffer from some screen flicker. A Vectrex side effect of drawing too many vectors on screen at once. Spike's Water Balloons. Spike returns in this Vectrex version of popular "Kaboom" and "Mad Bomber" style games of the early eighties ! 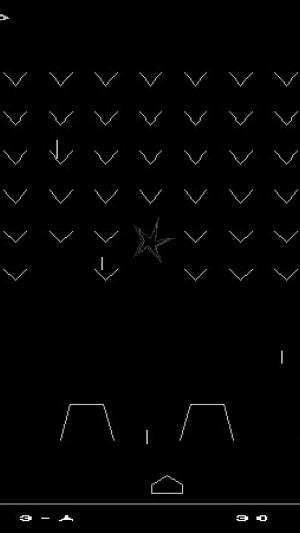