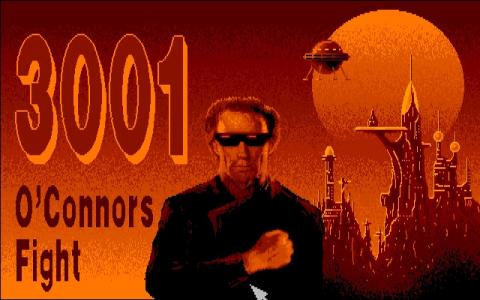 It's 3001. It has not been possible to developed an independent Space-Travel, yet. Because of this, travel through space and live on other planets is only possible in a distance of 15 light-years (from our sun). The imperium was reigned by an imperator, who kept up law and order for some time. But now, the imperator is dead and a war has started between the six lords of the universe, who'll become the new imperator. The six lords do nearly everything to expand themselves and to reign the whole universe one day. One of them is John O'Connor. A master in strategy and a believer in law and order. Will he reign the universe one day and will he cope with the other 5 cruel lords? The player takes the role of O'Connor and has stop all other lords and to take over their planets. After the titlescreen has disappeared, you have the possibility to enter a code. By clicking on the upper numbers, you can change the starting positions of the lords. Click left button again to enter the game. On the left side, all planets are shown (planets have the color of the lord who reigns the planet/Players color is white). The whole gameplay is controlled by the menus on the right side of the screen.