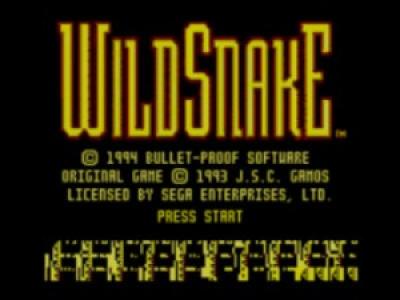 WildSnake is a puzzle game released for the Super Nintendo Entertainment System and Game Boy in 1994. Both Sega Mega Drive and Sega Game Gear versions of WildSnake were advertised for release, but both were cancelled for unknown reasons. Prototypes of both have since surfaced. Advertising saw Tetris creator Alexey Pajitnov lend his name to the game, however Pajitnov was not involved in its development.