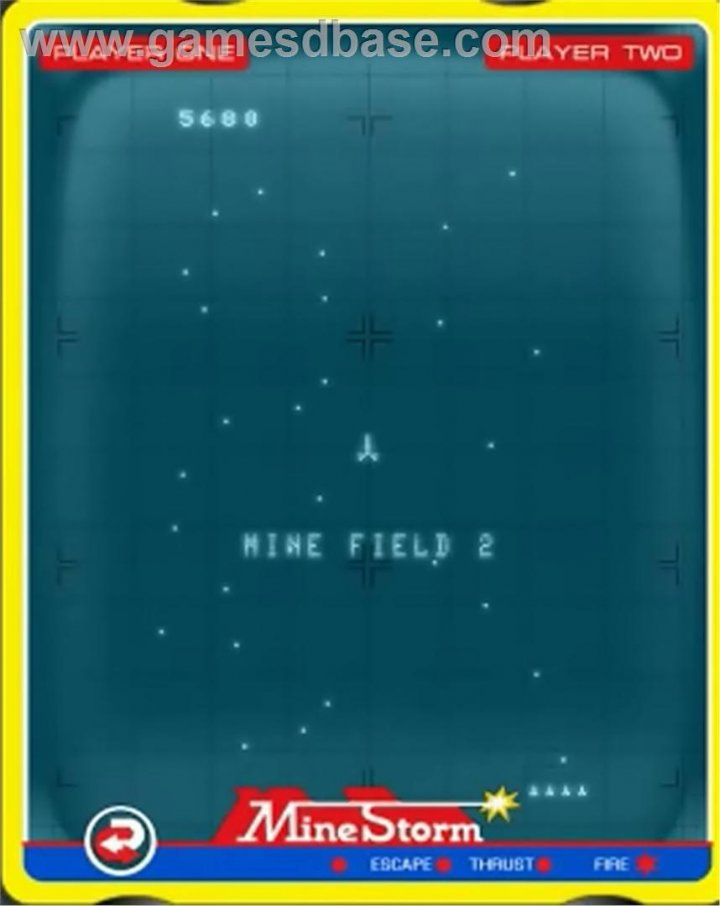 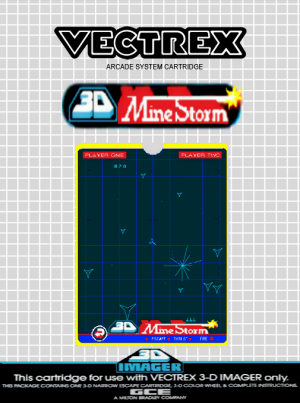 Mine Storm is the built-in game that came with every Vectrex unit. It was also released in a 3-D version that required the use of the Vectrex 3D Imager and as a bug-free replacement cartridge called Mine Storm 2 Gameplay: Gameplay is similar to the arcade game Asteroids. The player moves around the screen shooting at star-shaped Mines of various sizes and mannerisms. Each screen has many dots, which can potentially turn into Mines; once a Mine is shot, two dots on the screen will turn into medium-sized Mines, which will then turn into two small Mines when shot (note: for the most part; sometimes, perhaps due to a glitch, a medium-sized Mine will just hatch one small Mine). When all dots have been turned into Mines on a screen, the Minelayer will come out, laying additional Mines in it's wake until the player destroys it. Making contact with any Mine, fireball, or Minelayer will destroy the player's ship and the game will end once there are no more reserve ships left (note: on some later versions, colliding with any piece of space dust or alien forces will also destroy the player's ship as well [see Trivia section]). Extra ships are earned after every four levels are cleared. The Escape function acts as Hyperspace, which moves the player's ship to a random area on the screen in case of emergency. 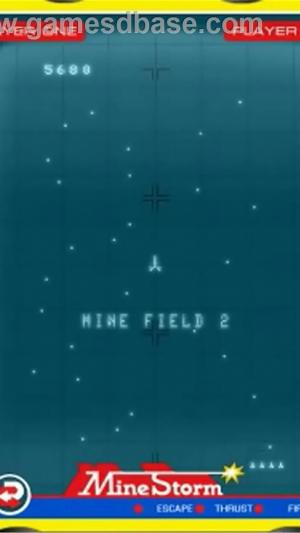