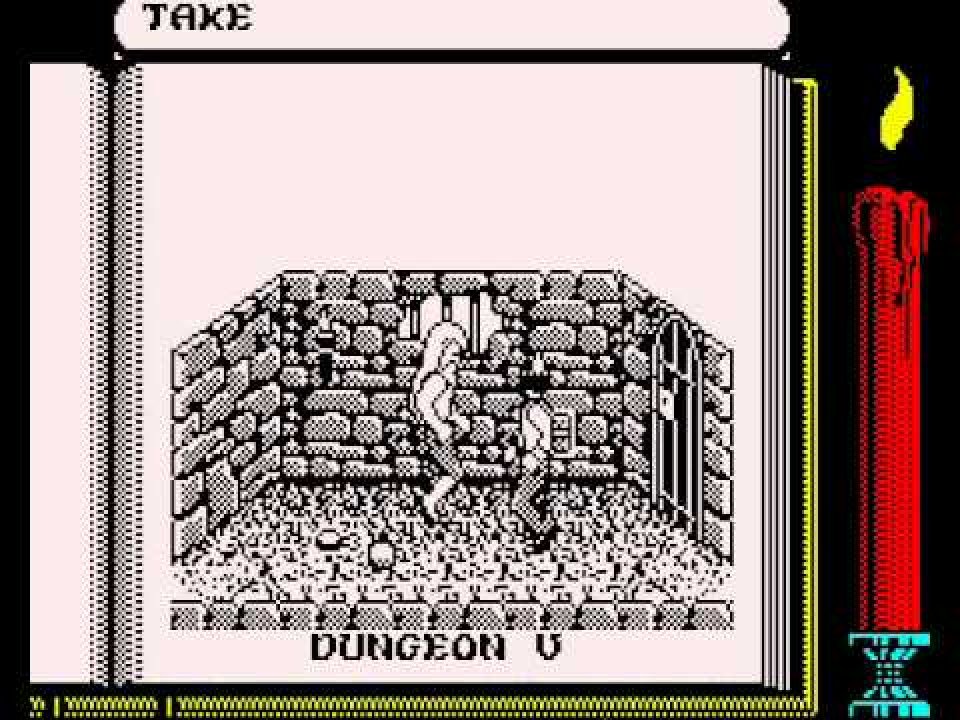 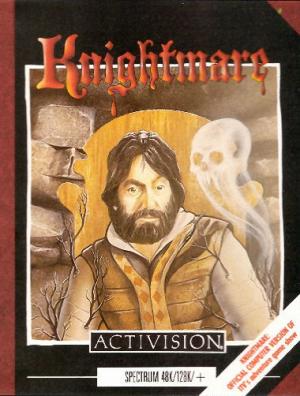 Knightmare was a popular childrens' television programme set in a medieval fantasy world, in which 3 players guided a fourth through a maze using a virtual reality system. In the first licensed game you have been trapped in Damonia Castle and must somehow escape. Viewed in 3D, you move your character around the rooms, while most other actions are activated using a verb-noun command system. By pressing the first letter of the first word (open, close, dig and so on) and pressing enter once you've got the right word, you can then choose the second word (options are context-sensitive; for example 'door' only appears if you stand near one). Plenty of puzzles must be solved along the way. Two advisers are present, one good and one bad, but each time you call for advice only one will answer, and you have to work out for yourself whether the clue is kosher. Your health is indicated by a candle graphic, the higher this is the healthier you are. You start without weaponry or spells, but these can be collected and used, including a rain cloud to freeze everything, Casper the magic key, and a cast-iron anvil to crush all evil. 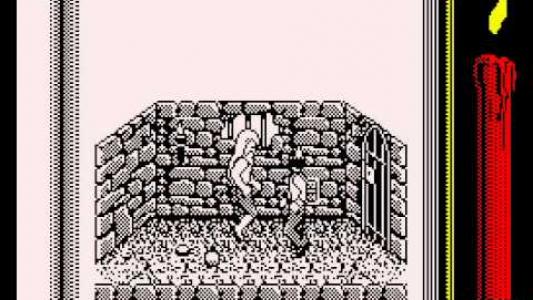