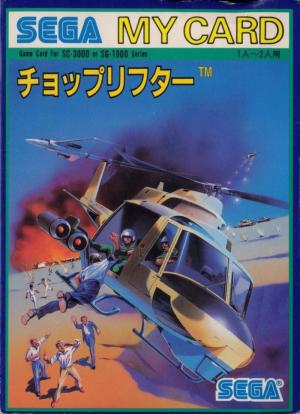 Choplifter is a 1982 Apple II game developed by Dan Gorlin and published by Brøderbund. In the game you pilot a helicopter and must rescue people from prisoner of war camps. Sega were responsible for an arcade remake on both the Sega System 1 and Sega System 2 hardware in 1985. This version was ported to a variety of platforms, including the SG-1000 in 1985 and the Sega Master System in 1986. Though Choplifter II was a Nintendo Game Boy exclusive, Choplifter III was ported to the Sega Game Gear. One of Sega's own games, Air Rescue may have been influenced by Choplifter.