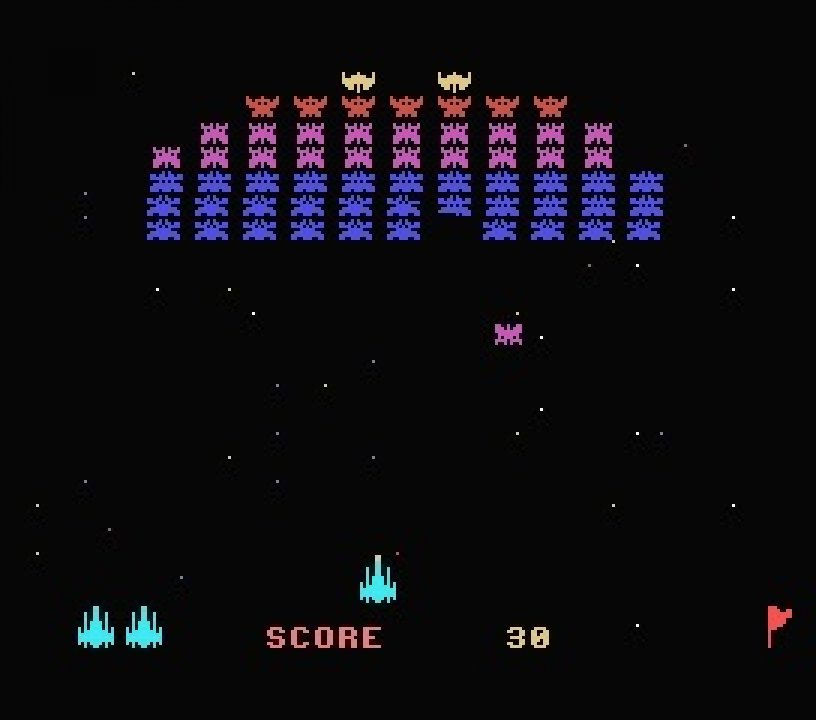 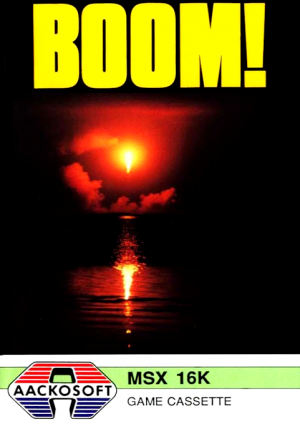 A classic shoot'em up Galaxian style game. You move your spaceship left and right shooting at the wave of aliens. There are 62 aliens in the wave flying left to right, as the game proceeds the aliens start flying solo missions towards you shooting as they fly down. After you shoot all the aliens in the wave, then along comes another wave and another. As you destroy the waves of aliens a coloured flag shows on the bottom right hand side of the screen to show you what level you are on. 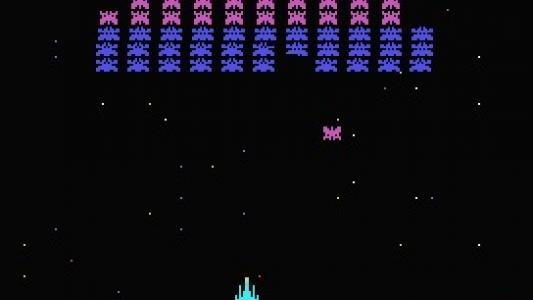