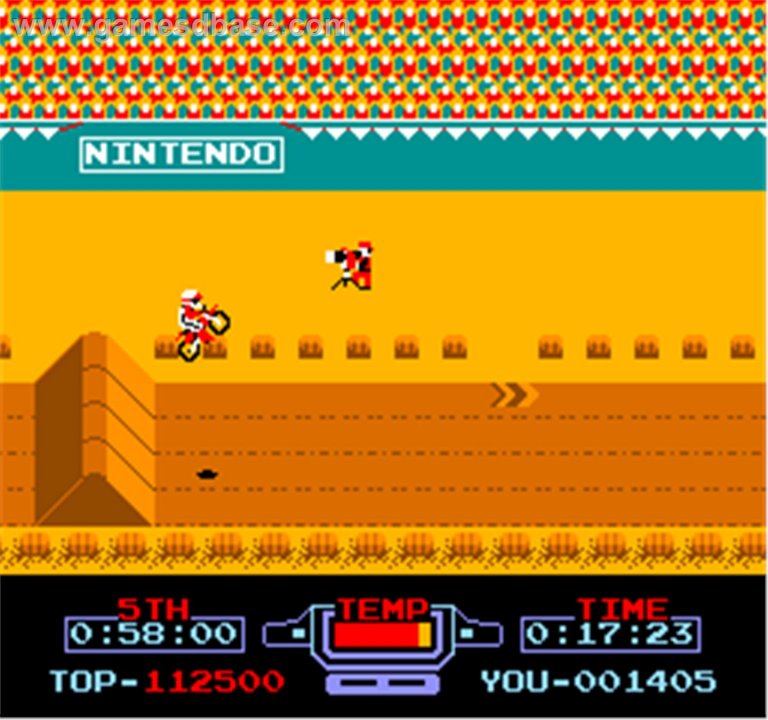 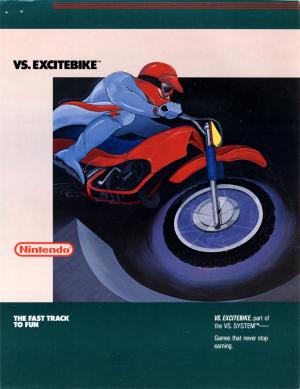 Also know as: Vs. Excitebike

Excitebike was enhanced in two different versions, both titled Vs. Excitebike. The first version was released for arcades in 1984, some time after the Famicom release. The game was based around the VS. UniSystem unit. It is similar to its NES counterpart, though this version has the Design option gone and in the main game there are three difficulty levels (Beginner, Intermediate and Advanced), and there are seven tracks rather than five. The tracks mostly return from the original game with some rearrangement of track obstacles. In addition, there is no Selection A or B; each track is played the first time as a challenge race, and the second time as an Excitebike race. Whereas the challenge race has no CPU bikers as obstacles, they appear in the Excitebike race mode. The position qualify will rise to the 5th place, which means the player must clear the track in that position or higher to advance. 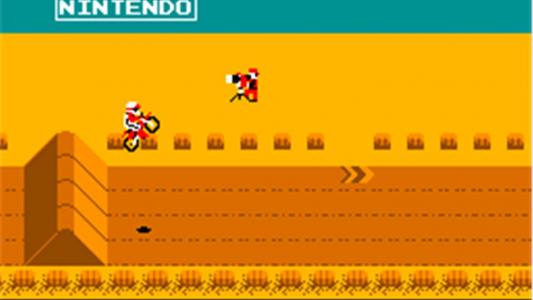