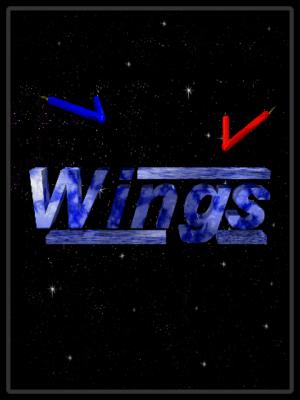 Wings is a freeware computer game (originally shareware) created by Miika Virpioja. A 2D, DOS-based computer game with space ships that behave like lunar landers. You can select one of 33 weapons, and the surroundings can be destroyed. The game features multiplayer capabilities, either through linked PCs or two or more players using one keyboard plus gamepads/joysticks. In the original shareware version certain weapons were locked until the game was registered. The game includes a level editor.