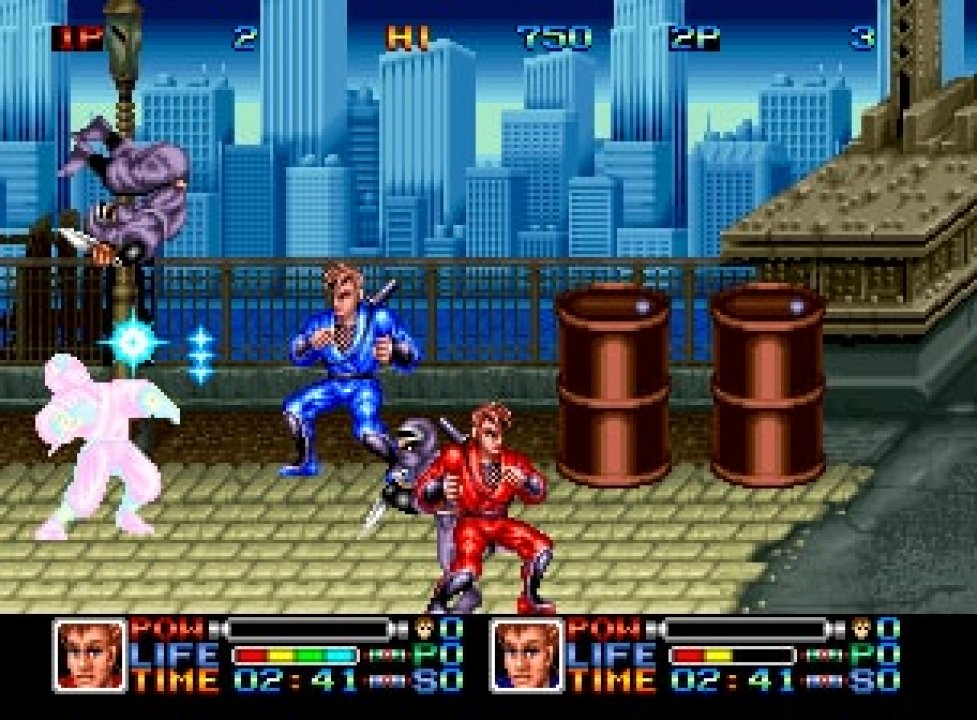 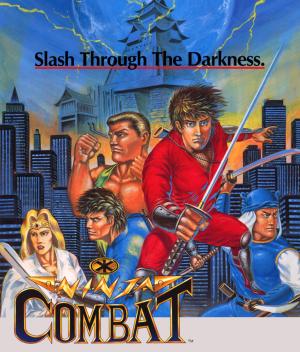 Ninja Combat is a 1990 side-scrolling beat 'em up video game developed by Alpha Denshi and published by SNK. It was one of the launch titles for both the Neo Geo MVS (arcade) and AES (home) systems. The journey takes the ninja heroes from an amusement park to the top of a tower. Along the way, they must survive endless attacks from the members of an evil ninja clan. The protagonists Joe and Hayabusa uses shurikens as their primary weapon, although other weapons that aid them along the way are nunchakus, maces, ratchets, battle axes, spiked clubs, and katana swords. A special somersault attack can be used to knock down multiple enemies in a row. Also, it's possible to summon a fire dragon that destroys all enemies on the screen. 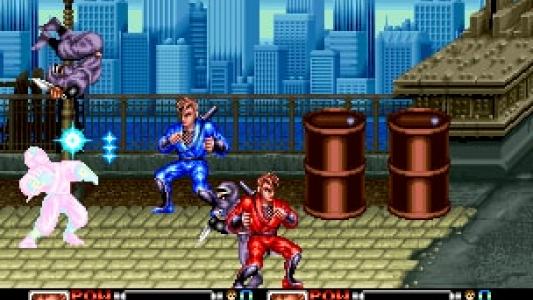