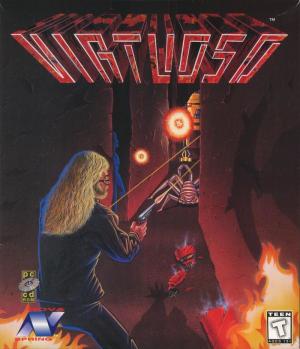 Life as a Rock and Roll megastar in the 21st century has its downside; a year-long international concert tour along with the constant threat of being mobbed by adoring fans has resulted in a need to remain confined to the hotel suite. Join our megastar as he flees stardom by escaping into the action-packed virtual reality worlds of mars, the haunted house, and the underwater world. -Rock and Roll soundtracks. -3 levels and 25 sub-levels. -Real-time texture-mapped backgrouns and stunning pre-rendered enemies. -Numerous enemies to destroy and items to collect on each level. -Digitized player graphics and much more.