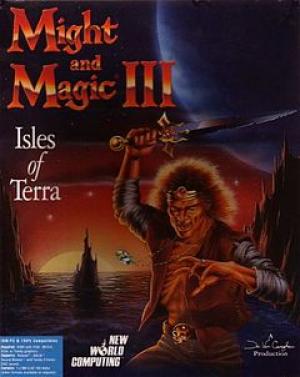 Might and Magic III: Isles of Terra is an RPG released as part of New World Computing's Might and Magic series. It was brought to the Sega Mega-CD by CRI and released exclusively in Japan. A version for the Sega Mega Drive was once in the works, but was cancelled for unknown reasons. A prototype ROM indicating prospective publishing by FCI and development by New World Computing was since released on the internet.