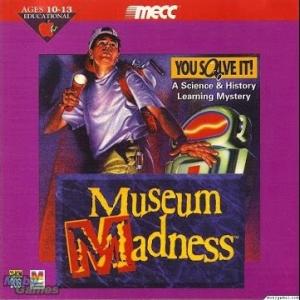 Museum Madness is an educational computer game for the PC (DOS) and Macintosh developed by Novotrade for MECC, and was released in 1994. The game is based in an American natural history museum and aims to teach the player many aspects of history such as technology, geology, space, American history, and prehistory. PC Magazine described the game as having kids learn about educational topics (i.e. ecology) while making logical deductions in a series sequence and solving puzzles.[1]