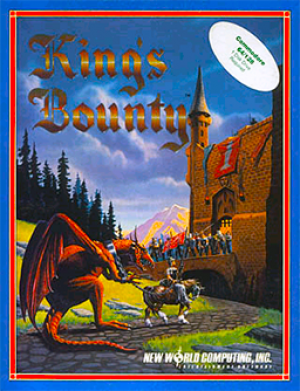 King's Bounty is a turn-based fantasy computer and video game designed by Jon Van Caneghem of New World Computing in 1990. The game follows the player's character, a hero of King Maximus, appointed with the job of retrieving the Sceptre of Order from the forces of chaos, led by Arech Dragonbreath. King's Bounty is notably considered the forerunner of the Heroes of Might and Magic series of games.