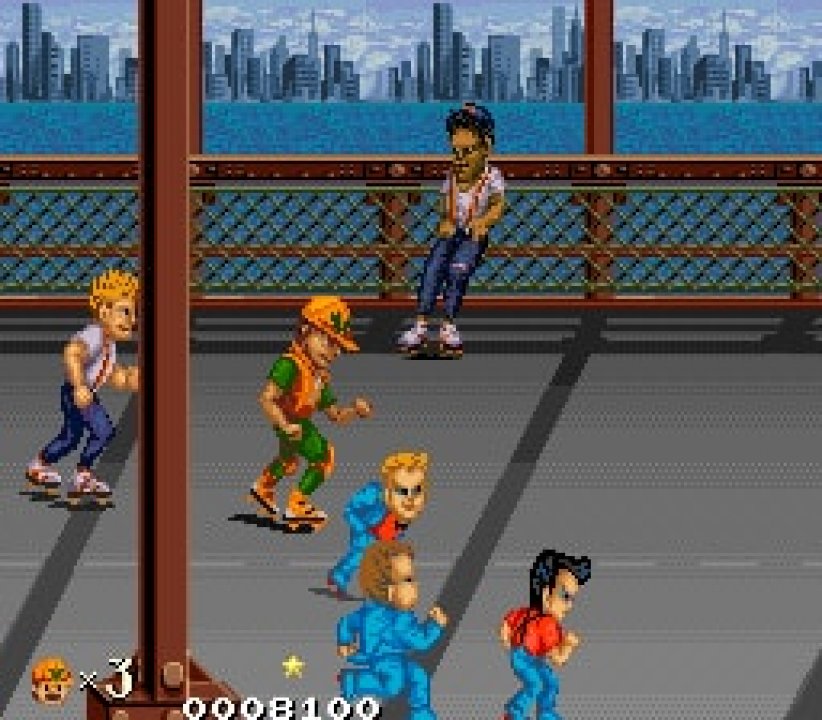 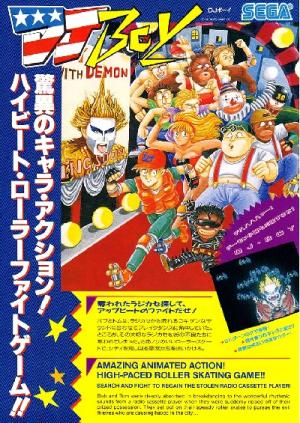 DJ Boy, also known as DJ Kid, was designed as a standard side-scrolling beat'em up game partially based on the hip-hop culture of the U.S. cities. What made the game unique at the time was the fact that many of the characters rode around on roller skates rather than walking or running. DJ Boy skates across various stages and utilizes hand-to-hand combat moves in order to defeat opponents, culminating with a battle with a boss at the end of each level. Along the path, the player also encounters prizes, which then can be used later to purchase Power-ups from a store located at the end of each level (in the home version, the arcade simply tallied these as points). In the console versions of the game, as another game, River City Ransom, the "prizes" consist of coins that are dropped by defeated enemies, or food items like burgers that restore health. 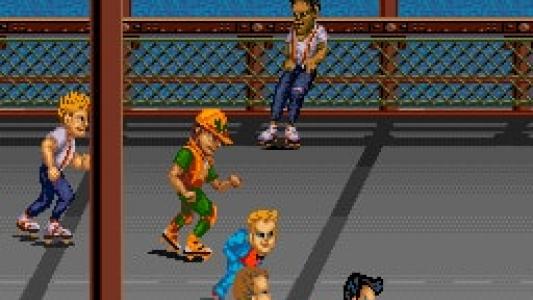