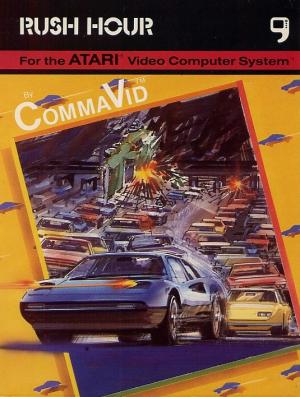 Rush Hour is one of several CommaVid games (Underworld and Mission Omega being the others) that never saw commercial release. The game appeared in catalogs and even prototype boxes exist, showing that CommaVid was close to being released. While Rush Hour appears to be fairly complete in terms of gameplay, there are some obvious bugs and features not yet implemented that demonstrate the game was not quite ready for release.