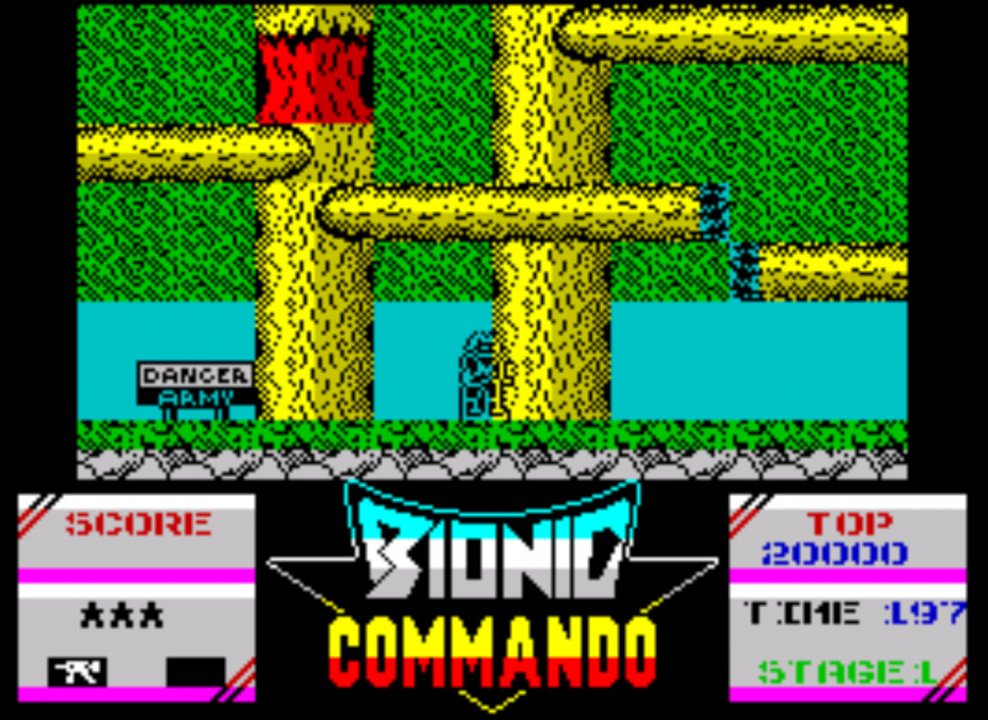 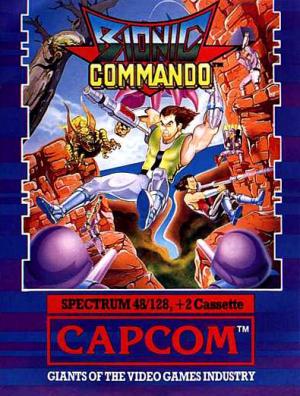 The story takes place ten years after an unspecified World War between two warring factions. The game follows a commando who must infiltrate an enemy base and foil the enemy's plot to launch missiles. The protagonist of the game is a commando equipped with a bionic arm featuring a grappling gun, allowing him to pull himself forward or swing from the ceiling. The series is notable for being one of few instances of a platform game in which the player cannot jump. To cross gaps or climb ledges, the hero must use his bionic arm. 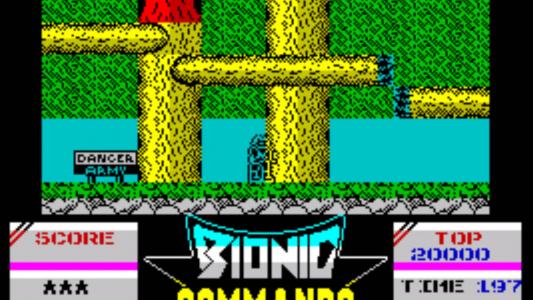