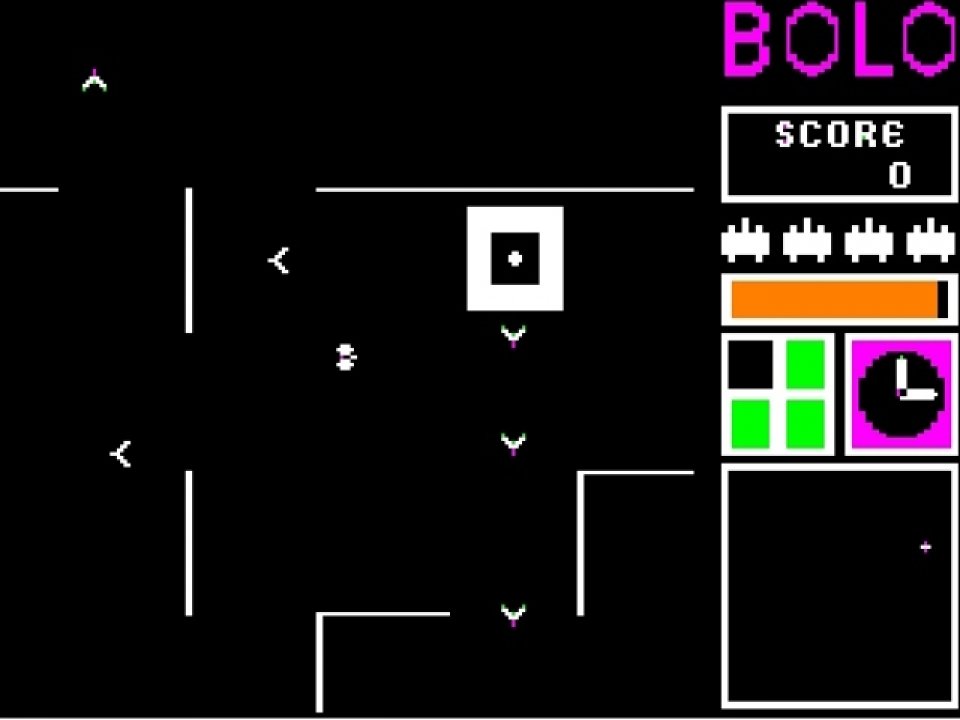 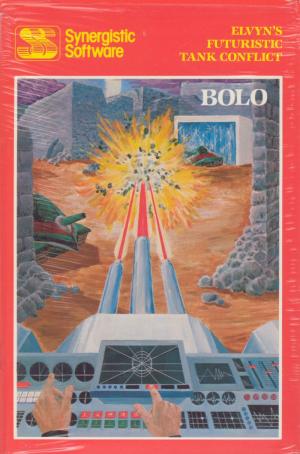 Upon startup Bolo requests a level number (1–9) and density (1–5); the game then generates a random rectangular maze containing six enemy bases. The higher the density specified, the more walls appear in the maze. The player controls a tank, and must destroy the six enemy bases to advance to the next level. The player can view 1/132 of the maze at one time; indicators on the right side of the screen show the player's position within the maze, the direction of the enemy bases and the fuel remaining. Enemy tanks constantly emerge from each of the six enemy bases. Different levels feature different types of enemy tanks; some move randomly while others pursue the player. All enemy tanks fire deadly shells. If the player collides with a bullet, an enemy base or tank, or a wall, a turn is lost. A turn is also lost if the player runs out of fuel; destroying an enemy base will replenish the player's fuel supply. The player is provided with four tanks per game, and no opportunity is provided to earn more. 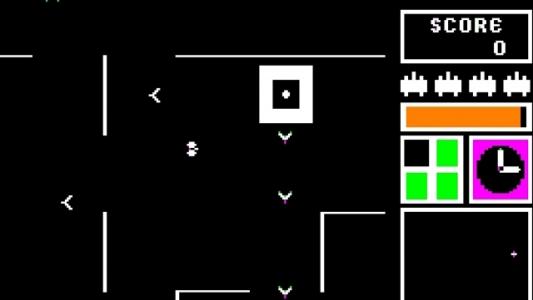