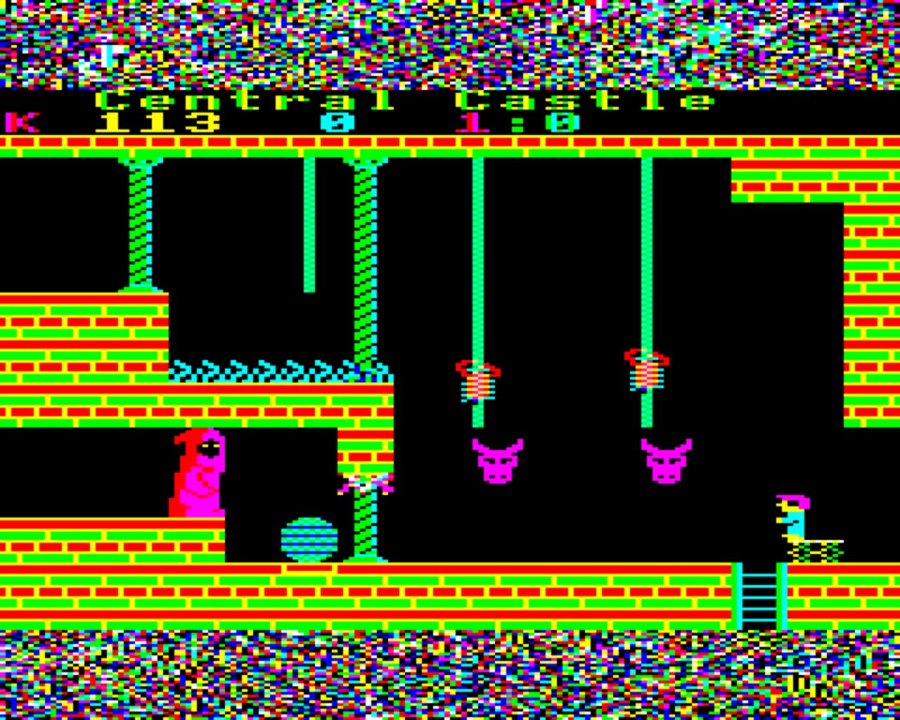 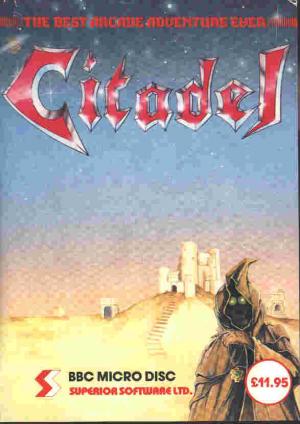 Citadel is a computer game developed for the BBC Micro and released by Superior Software in 1985. It was also ported to the Acorn Electron. A platform game with some puzzle solving elements, the game's plot involves finding five crystals hidden in various locations in a large castle,[1] together with areas outside it (including a wasteland, a pyramid, a sea and an island) and returning them to their rightful place. Upon returning the crystals, the player must teleport to a separate set of locations to complete the game. Once the game is completed, the player is left free to roam the castle in order to achieve the maximum possible score if they have not done so already. The only way to see the final congratulatory message is to reach 99 points. Citadel was unusual at the time for playing synthesized speech before loading the main game (in part to advertise Superior Software's "Speech!" programme package), as well as having other special effects advanced for the time, such as splashing water sounds. 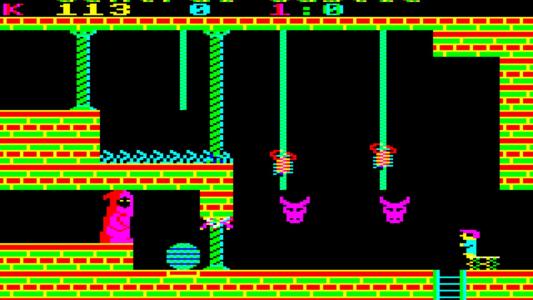