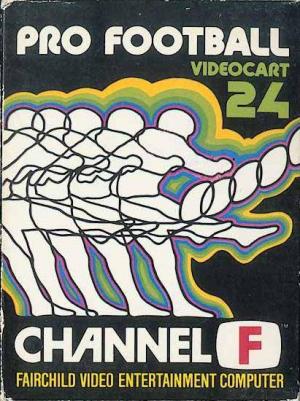 Pro Football is a 2-player American Football game played on a horizontal football field. Players take control of a 6-player team and play both offense and defense against an opposing player's team with the objective of outscoring their opponent. There are 8 offensive and 8 defensive plays to call. On offense, the player can either pass the ball or run using the quarterback to try to score a touchdown. Also available is the option to kick a field goal to score points. On defense, players can have linebackers blitz or try to defend the pass from being completed. The game can be played at four different speeds.