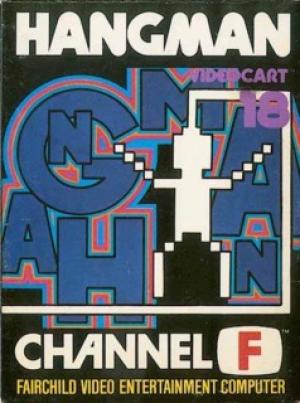 The classic game of Hangman, in which the player has to guess a hidden word by suggesting letters. Only a certain number of letters can be tried - every incorrect guess will add an element to a drawing of a man being hanged at the gallows. The player loses if the drawing gets complete, due to his missing attempts at finding the letters in the secret word. The game contains 64 game variations of this basic premise for either 1 or 2 players, with or without a score. Variations include: The computer selects the word to guess; One player comes up with a word for another player to solve; The player is given one of the letters in the word to help him get started; The game will tell the player he guessed the right letter but will not say where it belongs in a word; The player isn't told how long the secret word is; The player has to guess the letters and their location in the word; The player has to solve an anagram.