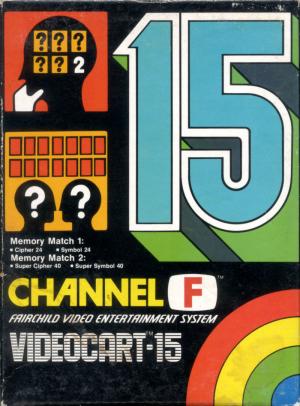 Memory Match is a game where the player is given the task of flipping over cards two at a time in the hopes of having them match. If the cards match, they disappear from the playfield. If they don't match, the cards are flipped back over face down and the player tries again. The better the player is at memorizing where the overturned cards were, the easier it will be for him to find a match. The game contains 4 variations of its basic premise. The Memory Match 1 variations offer a smaller grid thus making it easier. Memory Match 1: Cipher-24 (6x4 grid with numbers) Symbol-24 (6x4 grid with symbols) Memory Match 2: Super Cipher-40 (10x4 grid with numbers) Super symbol-40 (10x4 grid with symbols) The game offers both 1 and 2-player modes. When playing alone, the player tries to clear the board in the fewest amount of guesses. In the multiplayer, both players try to get more matches than their opponent.