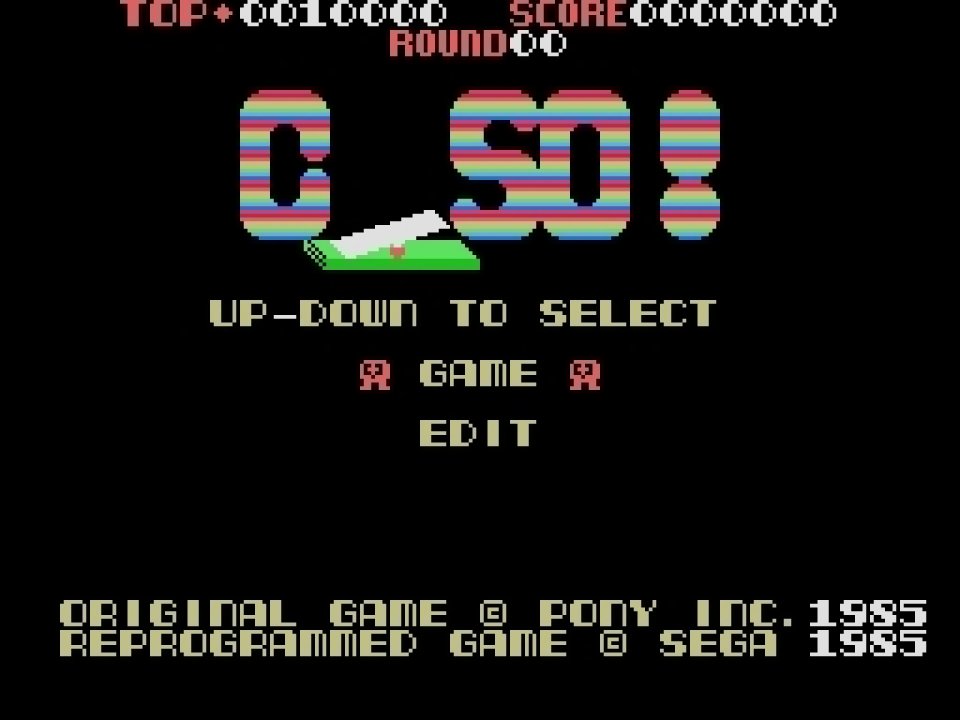 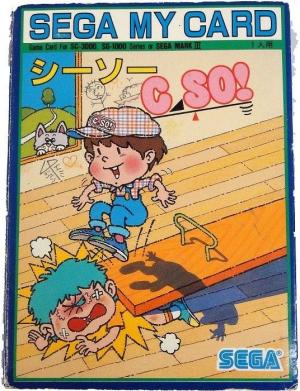 C_So! is a 1985 SG-1000 game developed by Compile and published by Sega. It is a port of an MSX game from the same year, which was published by Pony Canyon. The game has the player collect various items and defeat monsters by using see-saws. In order to progress, all items must be collected and all monsters must be destroyed. There is also an edit mode, allowing the player to create their own levels. The game was only released in Japan. A South Korean company Joy Soft redundantly produced their own unlicensed "port" of the MSX version to the SG-1000 as well. 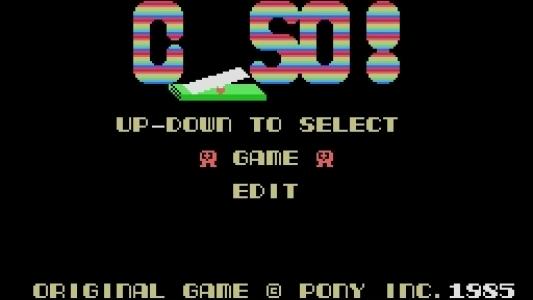