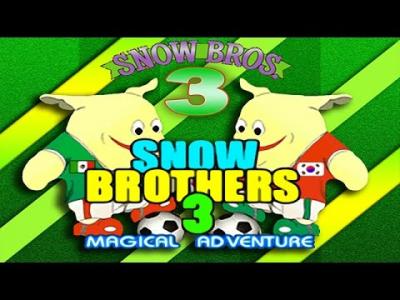 Snow Brothers 3 - Magical Adventure is a platform arcade game released in 2002 by the Mexican Syrmex. Although the manufacturer has announced the continuation of the series as an original Snow Bros in reality it is a clone. The 50 levels that make the game are almost the same as the first Snow Bros except for sprites and backgrounds, here replaced by forografiche images. The only other difference is that to take the place of snowballs there are footballs. At the end of the game a screen with seven half-naked girls and the words Thank Snow Brothers.