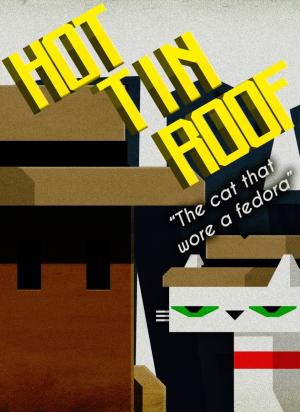 Hot Tin Roof: The Cat That Wore A Fedora

You’re the Private Investigator on a string of grisly murders, scouring for clues in a 3D side-scrolling world. Grab your fedora and revolver - in Hot Tin Roof you’re on the case! Dive into a noir mystery and become Emma Jones, the only PI partnered to a cat named Franky. · Noir as heck. · Metroidvania meets Adventure Game in a side-scrolling 3D world, with tons of platforming and exploration · 4 distinct plot threads, with 15 different resolutions. · Instead of acquiring abilities, you find new revolver rounds, which you load into your revolver yourself. Combine them in unique ways! · Scour the world for clues! Use them in conversations to unlock secrets, solve murders and more. · Cats. More cats than you could shake a cat at. Also, pigeons and rats. Many wearing tiny hats. · Spiffy chip noir jazz soundtrack. It’s a dog eat dog world out there, but luckily? A cat has your back. Franky. The cat that wore a fedora.