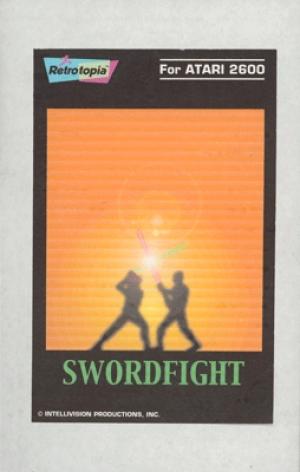 This game was finished at MNetwork in the 1980's, but never released. In 2000, Intellivision Productions released this game complete with a simple box and manual. It is still available from their web site. Swordfight requires two players, which is possibly why the game was not released in the first place.