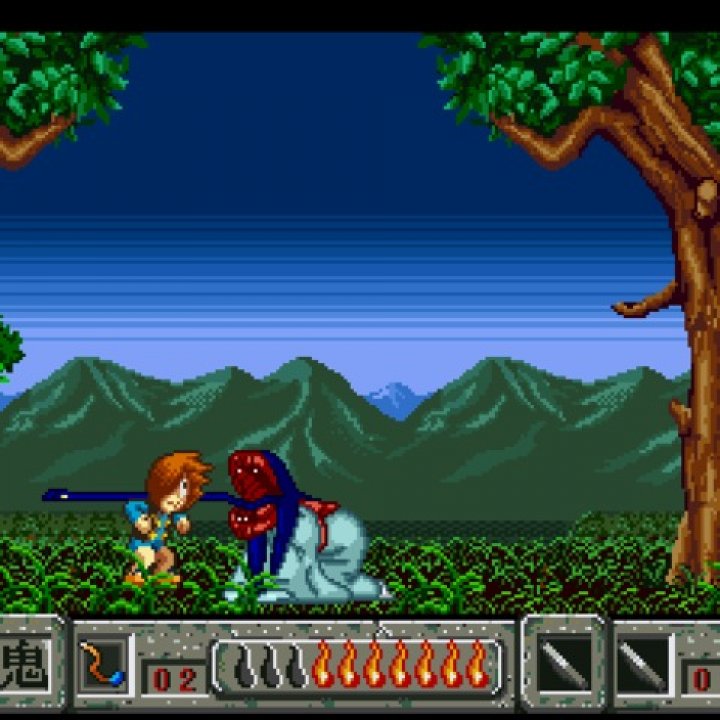 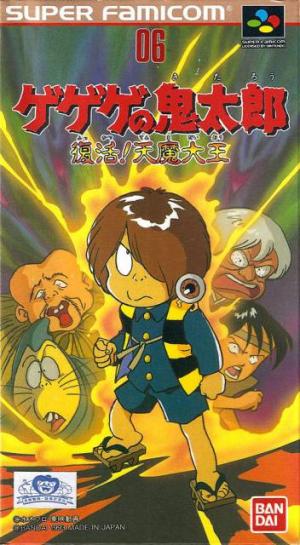 GeGeGe no Kitarou: Fukkatsu! Tenma Daiou ("GeGeGe no Kitarou: Revival! Great King Tenma") is a side-scrolling action game based on the GeGeGe no Kitarou license. Kitarou, a youkai boy and the last surviving member of the Ghost Tribe, is tasked with defeating the cocoon form of the dormant Great King Tenma before he can revive and destroy the world of humans. Each stage is set up as a series of boss fights against notable youkai from the franchise. The player must learn their tactics and defeat them while preserving as much of their health as possible, as they will often have to fight several bosses in a row without being able to heal. There's also the occasional action sequence, such as a vaguely shoot 'em up part that leads to a tough fight against a colossal enemy. The game was featured on the 13th season of the popular gaming Japanese TV show GameCenter CX. 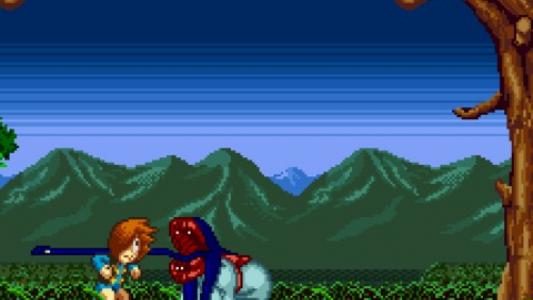