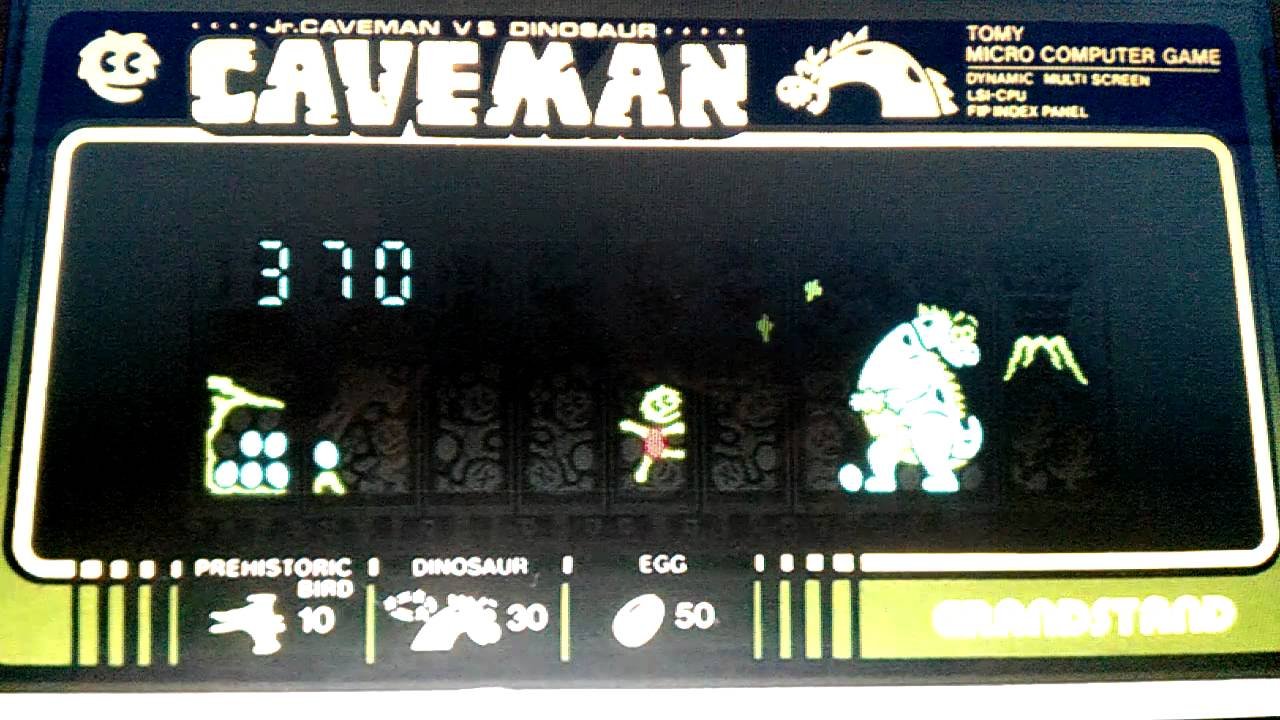 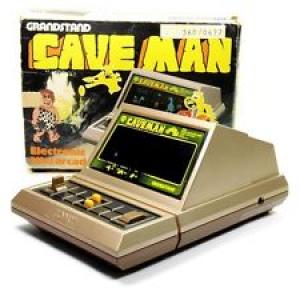 Caveman by Tomy / Grandstand 1982 Tabletop game, in which you play a caveman trying to steal dinosaur eggs without getting caught. This game features a large multi-coloured display, and two skill levels. This is the Gold version, also released in red. This example of the game is in Excellent, fully tested condition,9/10. Includes instructions on base, and battery cover. LED Electronic games dominated the toy industry between 1977 and 1983. They use light emitting diodes to create displays made of lights. Later LED games use vacuum formed displays, which allow detailed coloured sprites to be animated on-screen. Today handheld and tabletop games rank amongst the most valuable and collectible retro game formats. 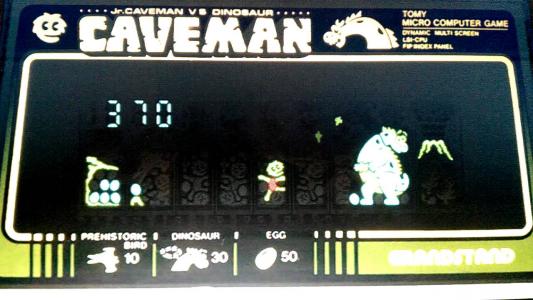