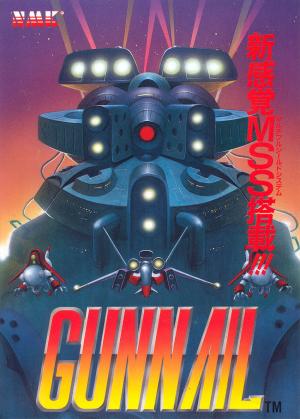 GunNail was manufactured by NMK/Tecmo in 1993 and released same year for the arcades. Another game with very flashy colors from NMK with very hard projectiles to spot. You control a spaceship and you can pick one of the three main weapons which are: - Straight violet laser - Spread blue laser - Homing red laser The game is quite difficult, instead of losing planes after being shot you have got shields but there is nothing special in it. You lose all the powerups after being shot everytime.