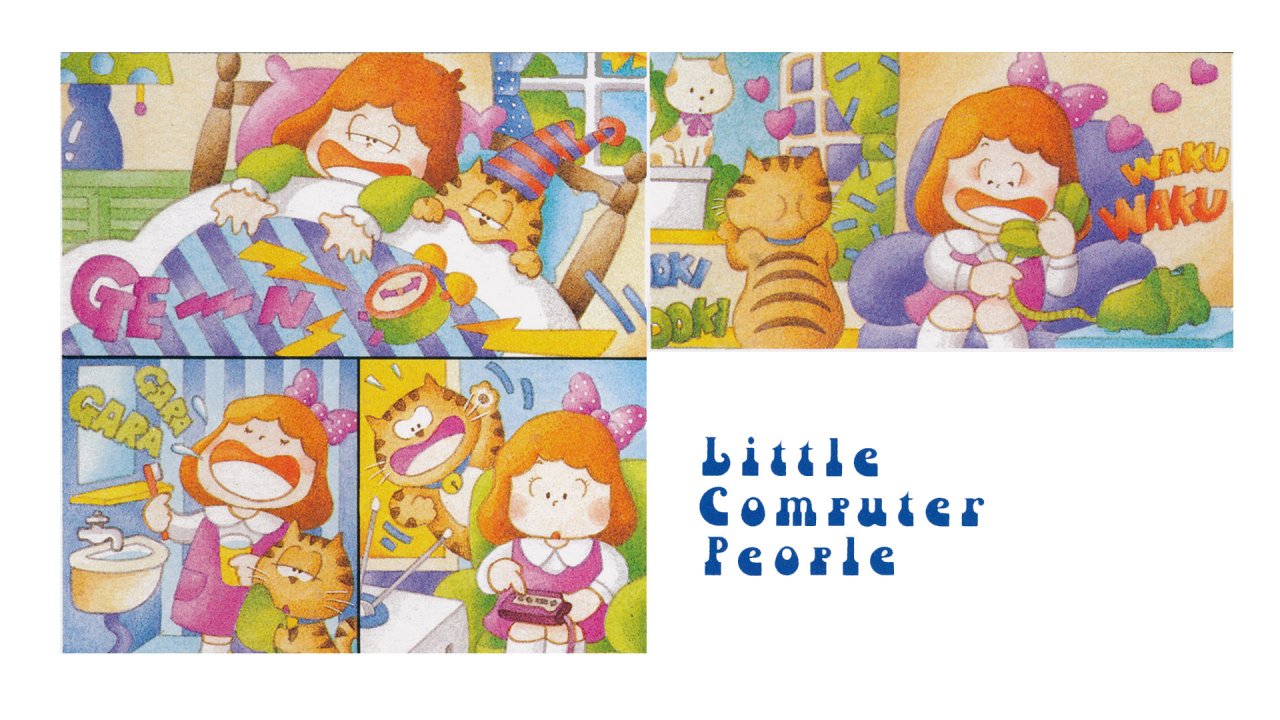 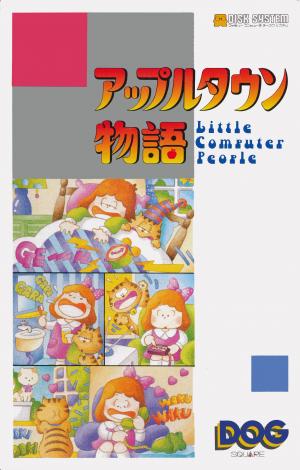 A version of Little Computer People for Nintendo's Family Computer Disk System version, published in Japan by DOG (a subsidiary of Square). Based on the original game by Activision. Unlike previous versions of Little Computer People, the playable character is a girl wearing a pink dress and bow in her hair. The rooms of the house are also in a different configuration, featuring an outdoor balcony on the top floor. When the game is first played, a name for the character is chosen at random from a preprogrammed list. There are no winning conditions on this game you basically watch and interact with the girl in various ways. However, Apple Town Story lacks many of the features found in other versions of Little Computer People. 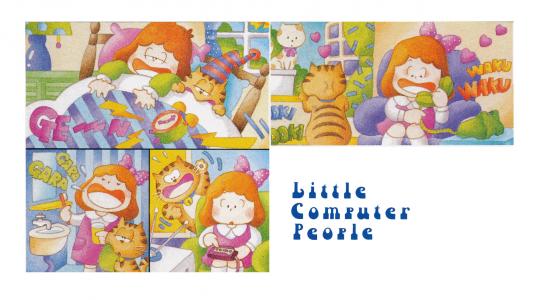 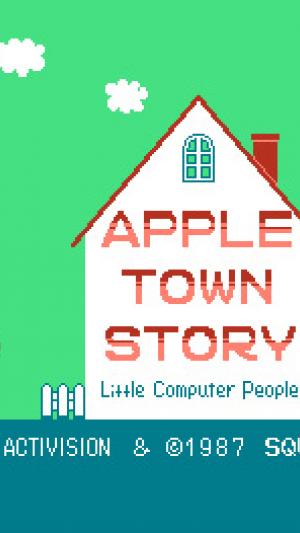