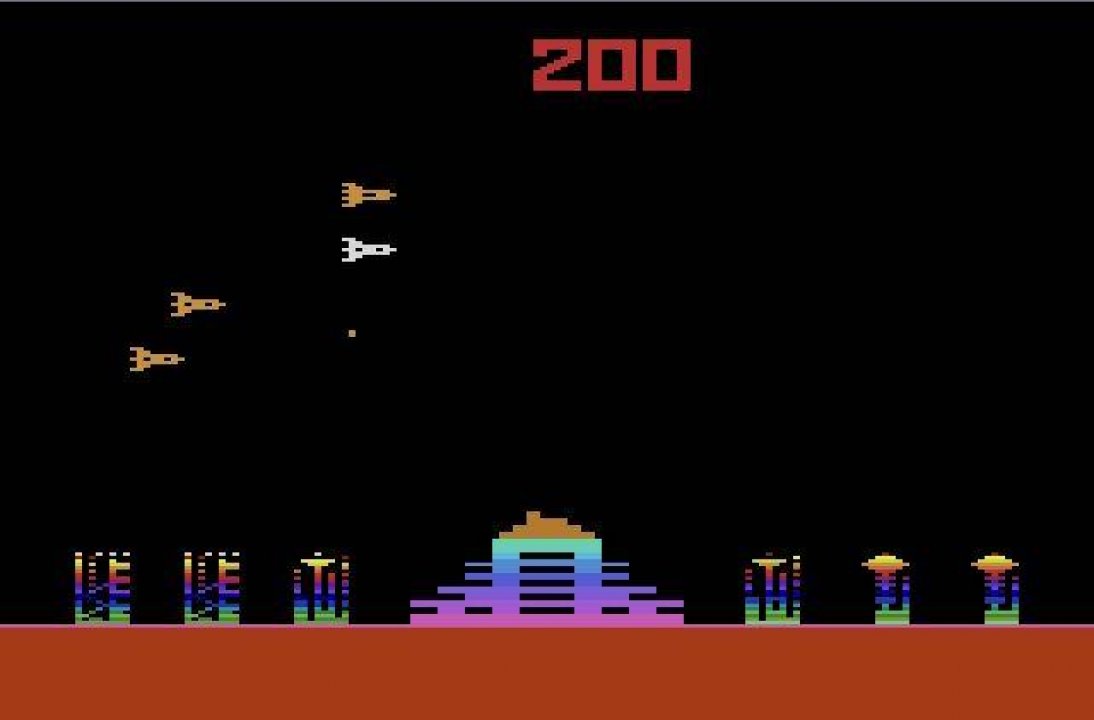 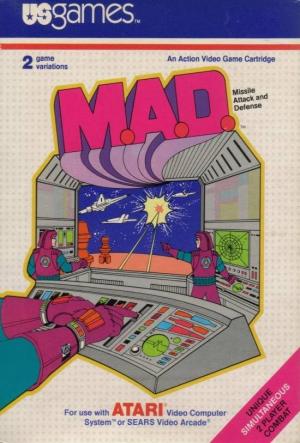 M.A.D. (which stands for Missile Attack and Defense) is an arcade action game somewhat similar to Missile Command. You control a photon cannon at the bottom of the screen, and your goal is to protect six energy stations located to your left and right. Waves of rockets and other ships will fly by on the screen, and occasionally one will drop in an attempt to destroy one of the stations (as a warning on most levels, the enemy will turn white just before it drops). You need to make sure you shoot it before your energy station is destroyed! When all six energy stations are gone, the game is over. A two player variation is also included; one player will control the photon cannon, and the second player controls a cursor and can select when and where an enemy will drop. The players alternate between offense and defense in this version. 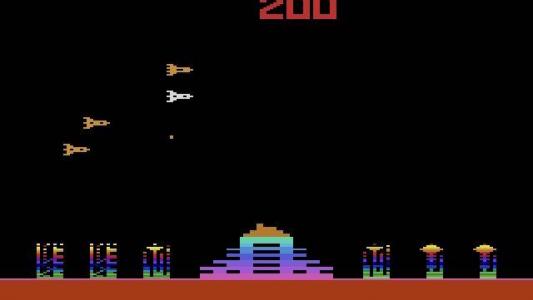