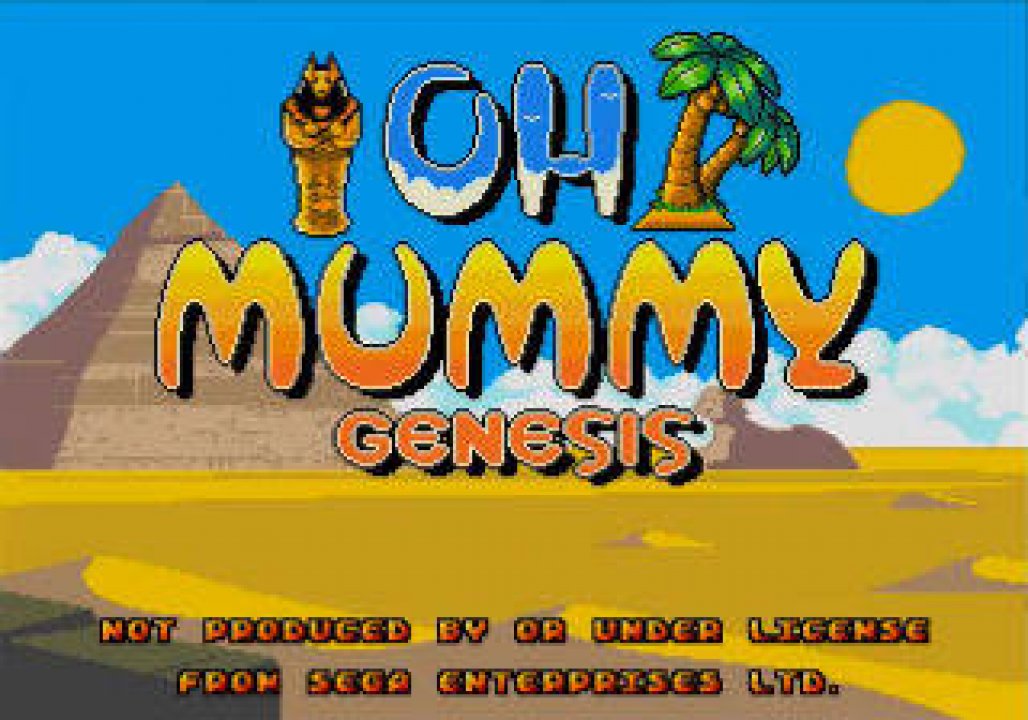 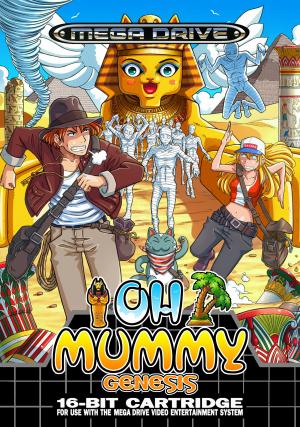 Oh Mummy Genesis is an unlicensed Sega Mega Drive game developed and published by 1985 Alternativo. It was released in October 2012 and serves as an unofficial update to the game Oh Mummy, originally released by Gem Software for the Amstrad CPC, MSX and ZX Spectrum in 1984. As well as providing a port of the original version, Oh Mummy Genesis features an updated version with enhanced graphics and sound. 1985 Alternativo released the ROM as freeware in 2013, after stocks of boxed copies of the game ran out. 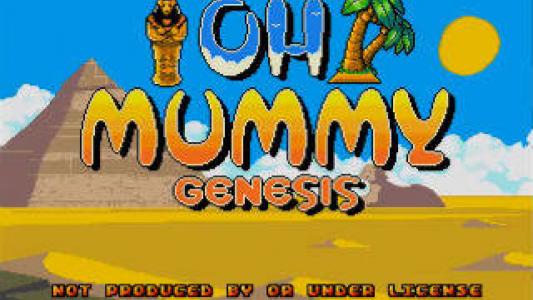