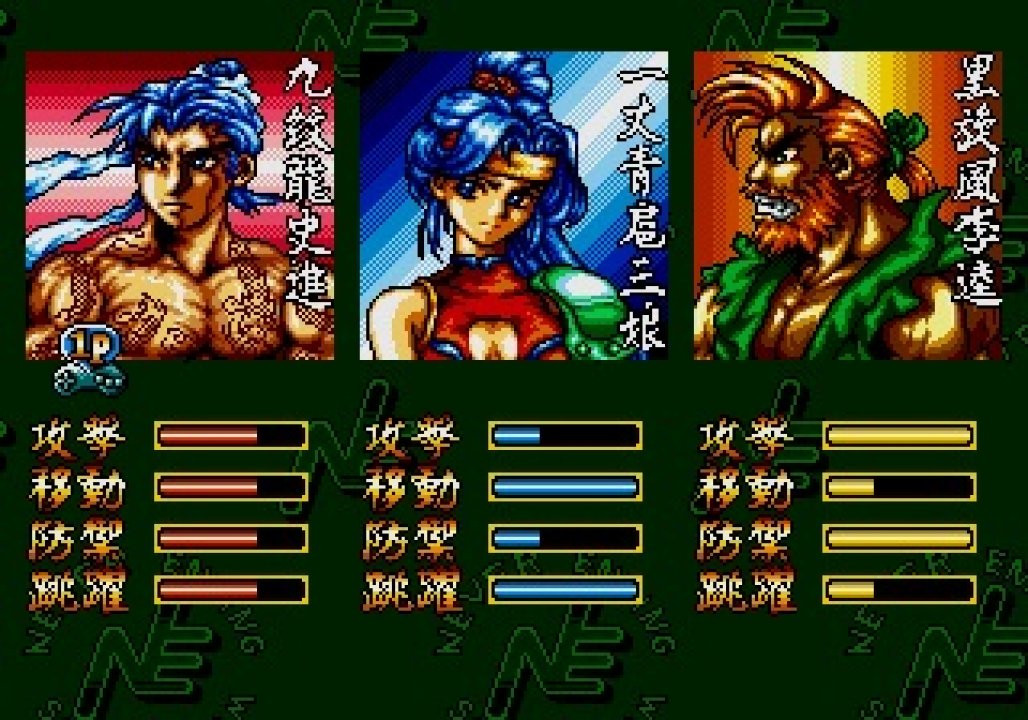 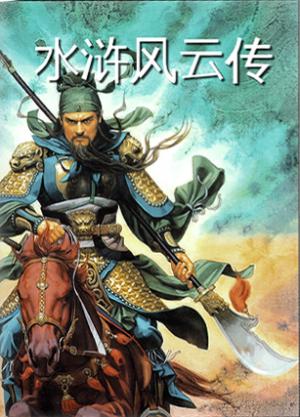 Shui Hu: Feng Yun Zhuan (水湖風雲傳) is a beat-'em-up game devleoped for the Sega Mega Drive by the Taiwanese group Never Ending Soft Team in 1996. It was rereleased in 1999 with a modified copyright date saying "1999" — this is where the current ROM dump comes from. The game is similar to Streets of Rage, going so far in that it borrows voice samples from this game. Some graphics are reportedly stolen from Street Fighter II, and the sound driver is said to be borrowed from Data East, or more specifically, the one used within High Seas Havoc. Otherwise it is a completely original game, set in ancient China and follows three selectable characters fighting waves of enemies with swords. Assuming the player has the items to do so, he/she can also perform a variety of special attacks by pressing A, damaging all enemies on screen. A future re-release to a primary American audience was announce by Piko Interactive in 2015 as Water Margin: The Tales of Clouds and Winds. 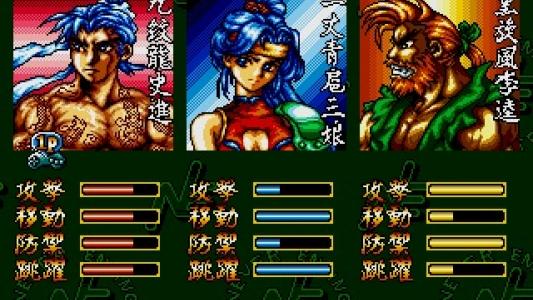