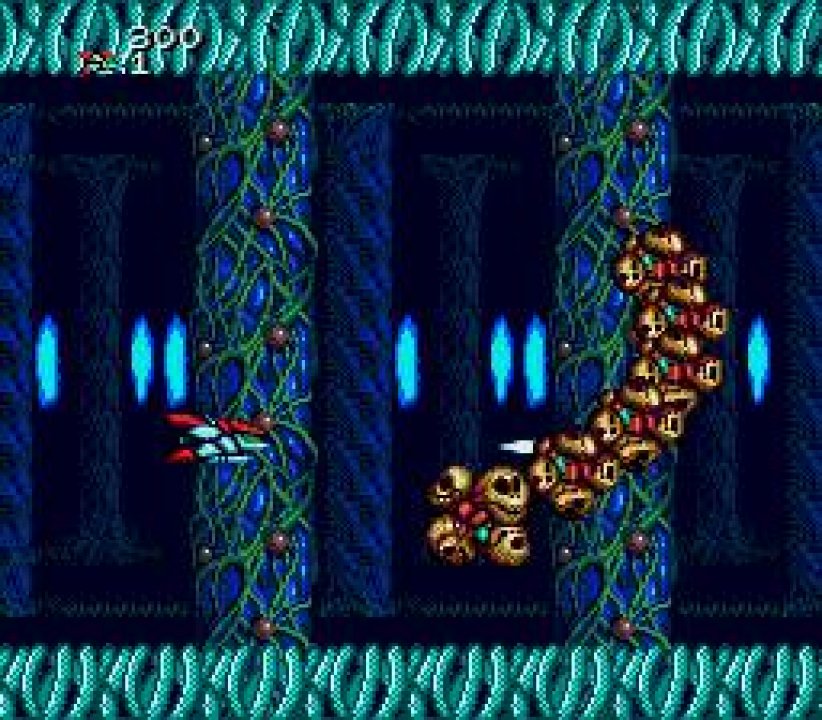 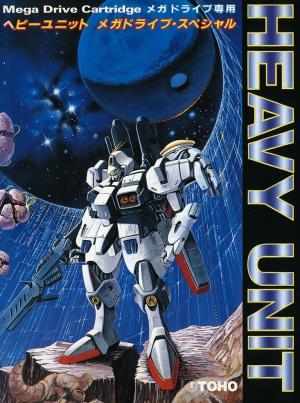 Heavy Unit: Mega Drive Special (ヘビーユニット メガドライブスペシャル) is a 1990 Sega Mega Drive shoot-'em-up developed by Kaneko and published by Toho exclusively in Japan. It is a port of Kaneko's 1988 arcade shoot-'em-up Heavy Unit. Humans have developed an artificial planet, "Le Tau," which is being attacked by aliens, and only the Heavy Unit transforming ship can stop them. A and C shoot; rapidfire is an option. B drops a bomb, which you have an unlimited supply of but must collect as a powerup. Among the various powerups is one, labeled T, that transforms your ship into a mecha and back, which plays identically, except its bombs will home in on enemies. 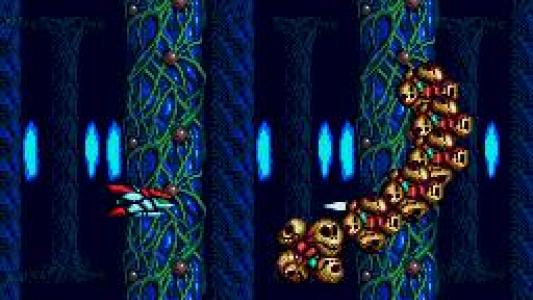