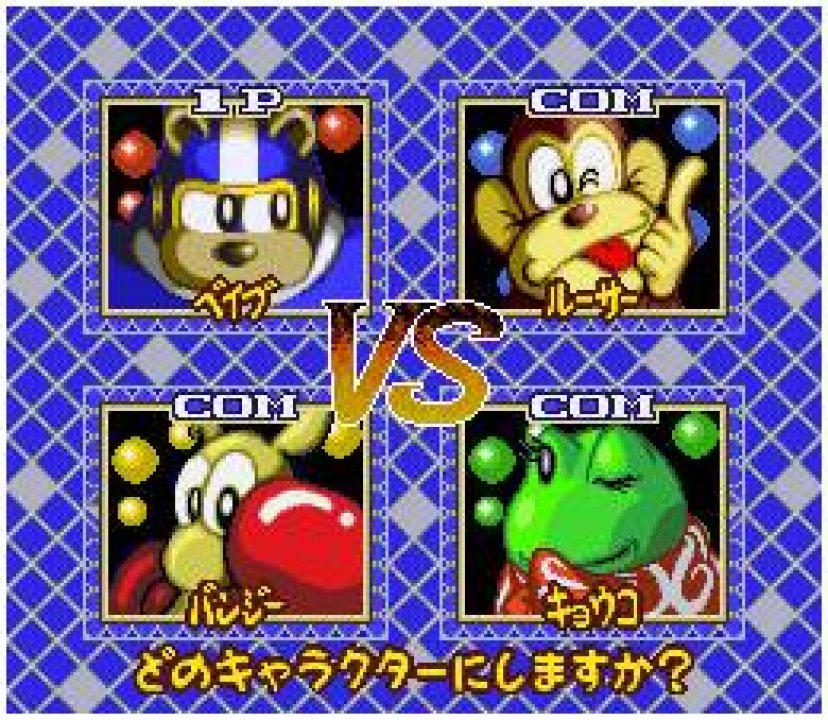 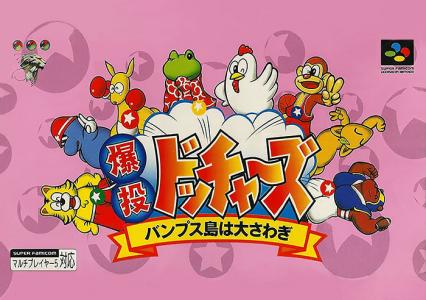 Bakutou Dodgers is a Japan-only action game for up to four players. It superficially resembles Hudson's Bomberman series, with its top-down grid stages and chaotic gameplay, but rather than leaving bombs and waiting for them to explode, the player can shoot energy at blocks and each other. The goal is to sneak up behind the opponent and shoot them before they can reciprocate. Various power-ups may appear after destructible blocks are removed, which can give the player an edge or, in the case of the ? icon, a possible random negative effect like reversed controls. There are also wandering monsters that can cause damage to anyone they come in contact with. Every combatant has a health bar which depletes at a rate dependent on the attacks they are getting hit by. The single-player mode involves fighting through various worlds and removing all enemy combatants from the field to progress. 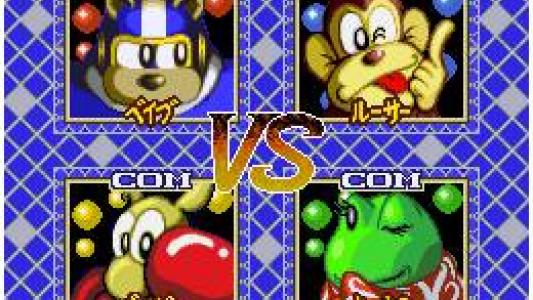