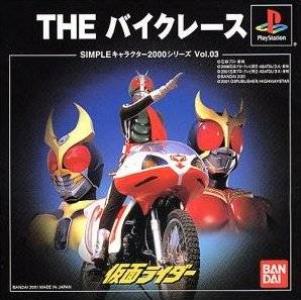 Kamen Rider will outrun the Shocker in this racing game aimed at the ultimate goal. Take on a circuit with a total of 13 authentic bikes from the Kamen Rider series. Grand Battle mode takes rival riders across the circuit. Or duke it out in Battle Royal mode!Uniting the majority of Kamen Rider protagonists up to Kamen Rider Agito, this game served as one of the commemorative projects for the 30th anniversary of the Kamen Rider Series.