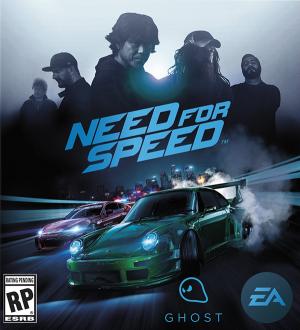 Need for Speed is the 20th main title in the racing series and a reboot of the franchise. It is an open world racing game set entirely at night that returns to the underground racing and tuning culture best known from the Need for Speed Underground series. The player is a new racer in the fictional city Ventura Bay and soon gets introduced to the local street racing scene, hooking up with the characters Amy, Manu, Robyn, Spike and Travis. The story is told through cut-scenes with full motion video combined with digitized sections, shown from the main character's first-person perspective. Those five characters each aim to impress five real-life racing icons that are present as actors in the cut-scenes: Akira Nakai, Ken Block, Magnus Walker, Risky Devil and Shinichi Morohoshi. The player can follow five different paths with overlapping storylines and the goal is to make a reputation to challenge and beat these icons and become the new icon of Ventura Bay. The crew members regularly keep in touch through phone calls and text messages.