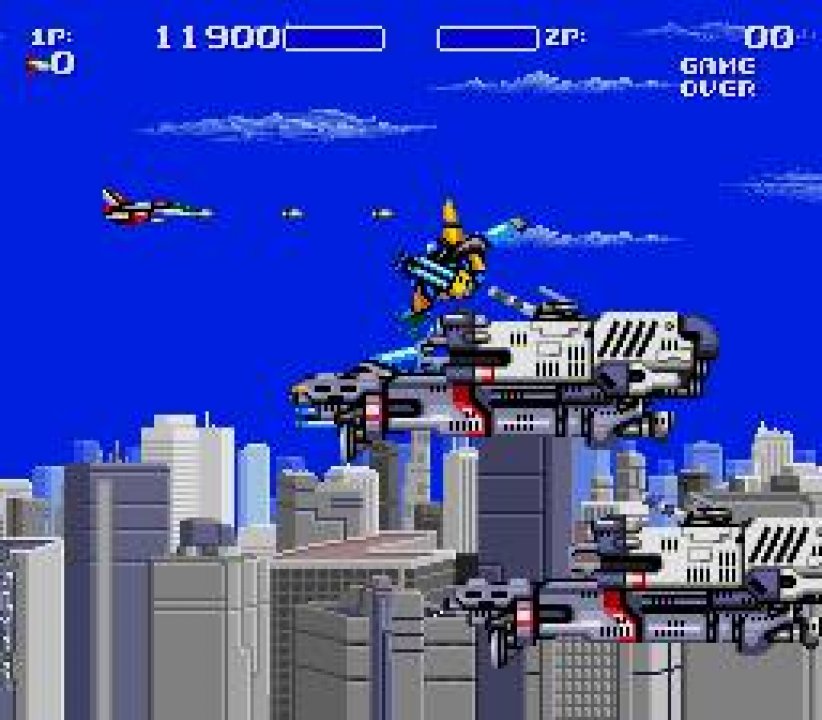 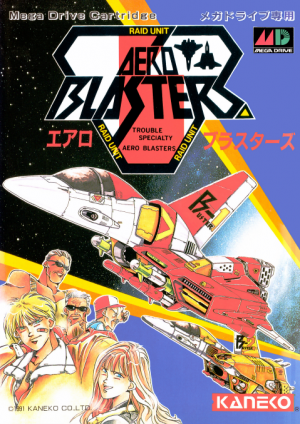 Aero Blasters: Trouble Specialty Raid Unit is a 1990 horizontally scrolling shoot 'em up video game developed and published by Kaneko and licensed to Namco. The game was originally released in the arcades in 1990 and was subsequently released for the PC Engine/TurboGrafx-16 (as Aero Blasters) and Sega Mega Drive/Genesis (as Air Buster in North America) in 1990 and 1991 respectively. In Air Buster, the player controls a fighter jet also designed for space travel and shoots enemies, collects power-ups, and defeats bosses to advance levels. As a console game, Air Buster had the distinction of being two player simultaneous, which was rare among side scrolling shooters on home consoles at the time; all games in the Thunder Force, Gradius, and R-Type series were only 1 player on the home consoles. 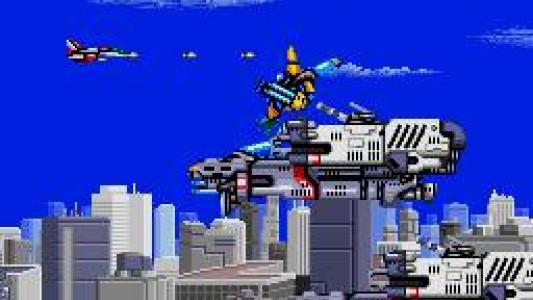