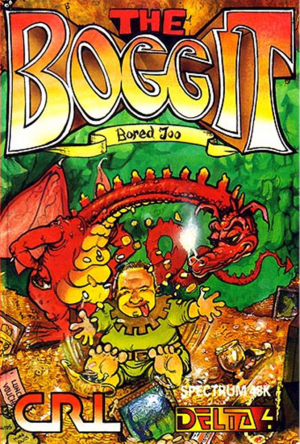 Also know as: The Boggit: Bored Too

The Boggit: Bored Too is a text adventure game by Delta 4 released in 1986 for the Commodore 64, Amstrad CPC and ZX Spectrum home computers. The game is a parody of the J.R.R. Tolkien novel The Hobbit and of the earlier game based upon it also called The Hobbit. It is the prequel to Bored of the Rings. This interactive fiction with graphics game features reluctant adventurer Bimbo Faggins and devious magician Grandalf attempting to gain treasure, ultimately by appearing on a TV game show. 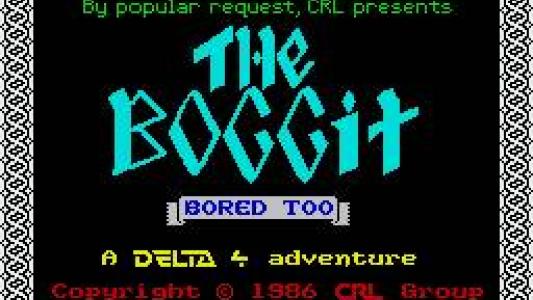