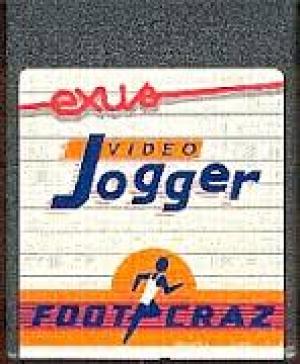 This game was originally packaged with Video Reflex and the Foot Craz Activity Pad. Jog on the pad to move the smiley face around the track. If you run into the pace "dot" when it's red, you lose a life. If you pass it when it's green, you get bonus points. You can switch to the second track if you want to run faster. After five minutes another pace dot appear, and after 2,000 points it speeds up. You can also play this with a joystick, though it's not as fun.