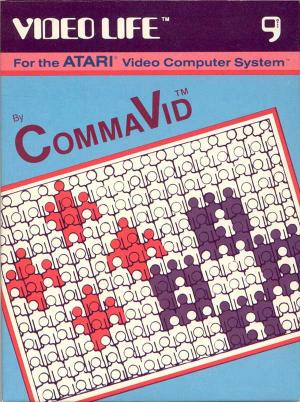 Video Life is a rare video game for the Atari 2600. It is a version of the zero-player cellular automaton known as Conway's Game of Life. Video Life was only available through a special mail order offer to owners of CommaVid's Magicard, which itself is considered to be one of the rarest Atari 2600 cartridges ever released. According to original CommaVid co-owner Irwin Gaines, only 20 cartridges or less of Video Life were ever made. Editors of AtariAge estimate approximately 500 cartridges were produced. A report in the Chicago Reader by Jeffrey Felshman estimates that cartridges would sell for as much $3000 at the time.