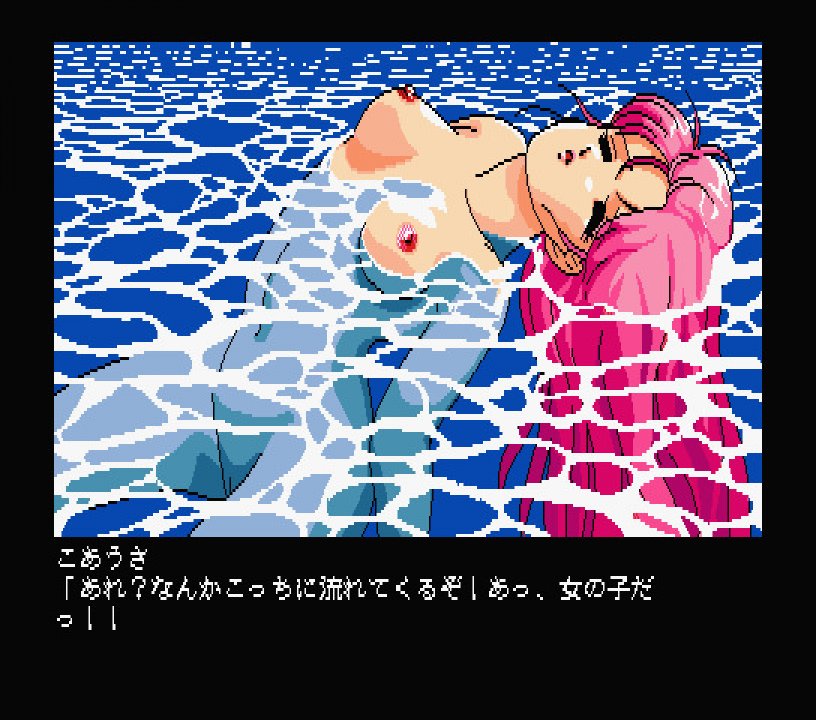 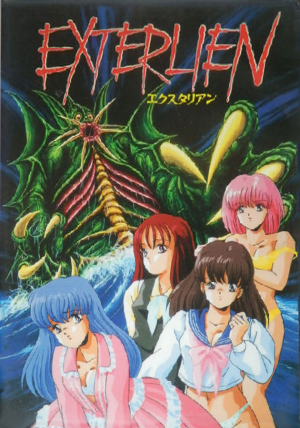 The plot of Exterlien is very simple: a beauty contest is held in an amusement park. Suddenly, monsters invade the park in an attempt to kidnap the girls. The protagonist, a young man named Masato, decides to venture into the dangerous zone and rescue the beauties. Exterlien has turn-based battles against monsters, but it cannot be qualified as an RPG due to the extreme simplicity of the combat. The player should simply figure out which attack damages the monster most. There are no experience points, physical exploration, money, equipment, or any other essential RPG elements. The core gameplay is that of a Japanese menu-driven adventure: choose which location to go to, select the best attacks against a monster, be rewarded with erotic (very "softcore") images of the rescued girls. 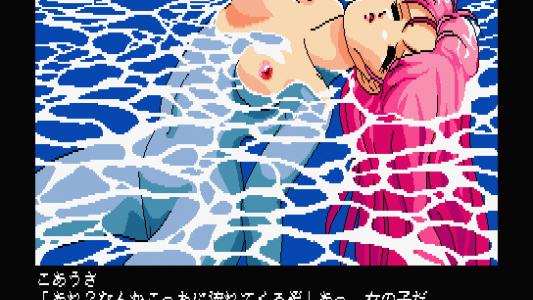