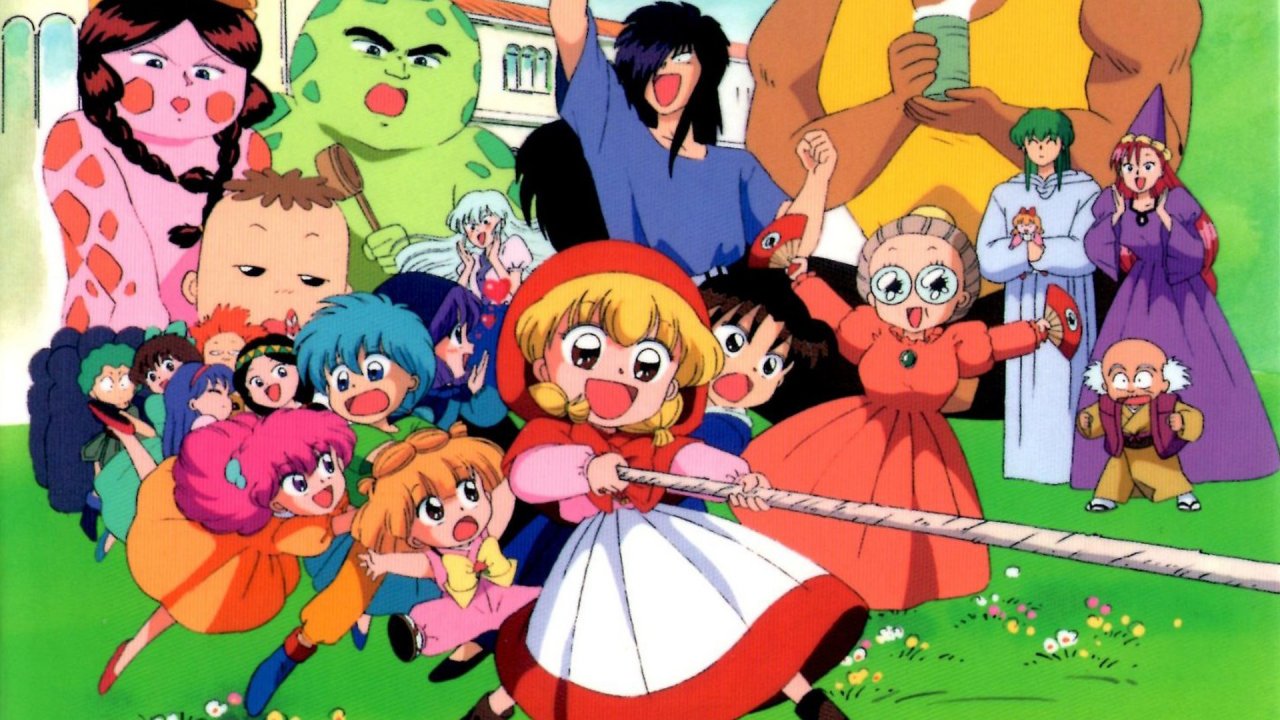 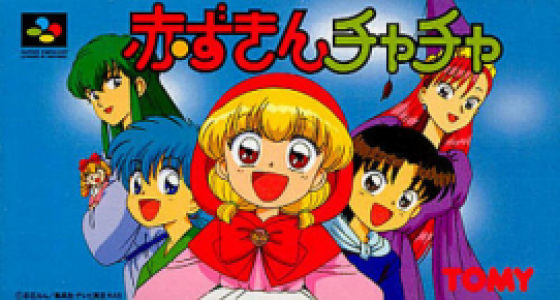 Akazukin Chacha is the story of a young magical girl named Chacha. She lives in a cottage on Mochi-mochi Mountain with Seravy, her guardian and teacher, who is the fictional world's greatest magician. Chacha is clumsy in casting her spells, frequently mistaking homonyms, she summons spiders (kumo (蜘蛛?) in Japanese) instead of a cloud (also kumo (雲?)). When she and her friends are in trouble, however, her spells do work. Living on the same mountain is a boy named Riiya, gifted with enormous strength, who comes from a family of werewolves. Far away from Mochi-mochi Mountain is Urizuri Mountain where Dorothy, a well known magician, lives in a castle with her student Shiine. Shiine is a young wizard, who is adept at casting spells and barriers, as well as transformations. 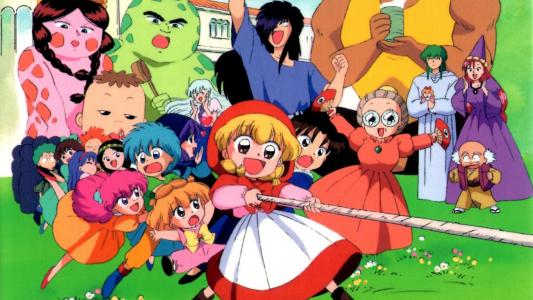 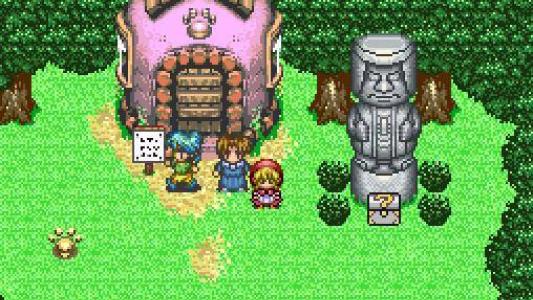