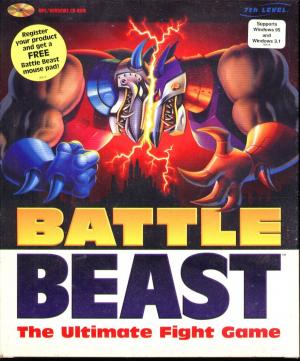 The Crisis: The evil Toadman is breeding toads and setting them loose on the city. In an effort to control the panic and smash the growing toad menace, the "General" created battles beasts, the ultimate in home protection, who morph into ferocious toad killers, programmed to destroy. You Mission: Kill deadly toads while fighting defective renegade battle beasts head-to-head to gain power and points. Learn strategiesas you fight through nine scenarios of increasing difficulty on you way to meet the evil Toadman in a rousing final battle to the death.